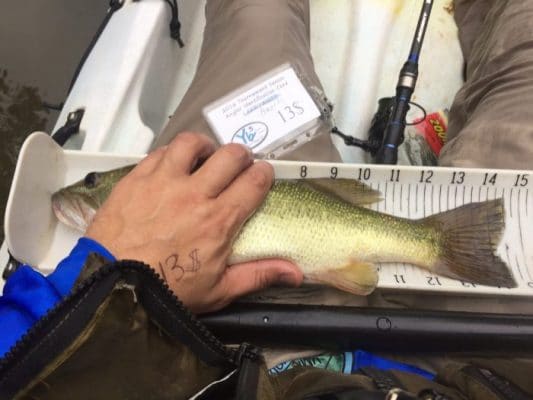 I don’t know about you, but growing up, my granddad could spin some serious fish tales. The story I’m about to share with you might seem like one of those tales, told late at night around the campfire to the amazement and awe of grandkids. However, my friends, this is no fish tale. Everything you’re about to read is true, and happened to me during a kayak fishing tournament last year.

We launched on the Chattahoochee River, above Lake Lanier, on a Saturday morning last June. Most anglers went north from the captain’s meeting to float back down, targeting shoal bass. My shuttle partner and I decided to float from the captain’s meeting down river, and target largemouth instead. Before heading down river, we paddled up toward the first set of shoals, an area that tends to hold some nice fish. We’d been on the river for maybe 15 minutes when my first bite came. I set the hook and was battling my first fish of the morning (an almost 15″ largemouth) when I noticed a second fish following it up.

As any seasoned angler knows, aggressive, schooling fish will often follow a hooked fish, trying to take the bait, so my first thought was “it’s another bass trying to steal the lure”. Then I got a better look at the second fish, well, actually, the “flash” of the second fish in the water. This flash wasn’t green, so it wasn’t a largemouth or spot. It wasn’t brown, so it wasn’t a shoal bass. This flash was white … a STRIPER! And that’s when things got crazy.

And that’s when things got REALLY crazy. With my left hand, I grabbed my net from where it laid across the front hatch of my Coosa, and plunged it into the water to my left. With my rod in my right hand, I pulled the fish toward the net, unable to reel, hoping I could lead her into the net before the striper took her. As I lined up the bass heading toward the mouth of the net, I could see the striper clearly in the water by now and it was closing water fast.

I knew the striper was making one last-ditch effort to get this bass before I do. The striper, too, seemed to know it had one last chance at its prey. Apparently, so did the bass at the end of my line. Just as I’ve about got my largemouth to the net, her “flight” instinct kicked in and she made one strong dive down and under my Coosa. The striper, however, was not so nimble, and plowed headlong into my net. I’ve told you things got “crazy” and “REALLY crazy” – well, let me be the first to welcome you to “INSANE.”

At this point, I need to figure out how to handle the situation. I’ve got a BIG striper in my net in my left hand and a rod in my right hand with a largemouth still at the end of the line. I can’t put down my rod and risk losing it and the fish. I also have a striper thrashing around in my net. So I hoisted the striper into the boat, bending the frame on my net in the process, the striper was so big. With one problem solved, I led the largemouth back around to the right side of the kayak and flipped her into the boat.. 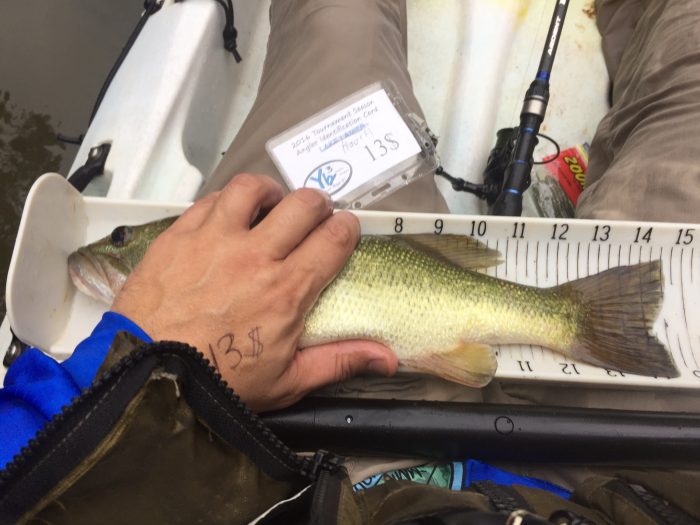 At this point it was a bit of chaos in my boat with two fish flopping around my Coosa. I wanted to get a picture of the striper so I grabbed it and my phone. Not being worn out from a fight, it started thrashing violently about. Seeing as this was all occurring during a tournament, my immediate concern was securing a photo of the largemouth, so I made the decision to quickly get the striper overboard without being photographed. This was my fastest path back to “normalcy” and getting my fish photographed for scoring. I released the striper over the left side of my kayak and got to the business of scoring my fish. It was only after releasing the largemouth that I noticed three scales from the striper in my net. I saved those three scales and I carry them in a small plastic bag in my PFD as a memento of my experience. 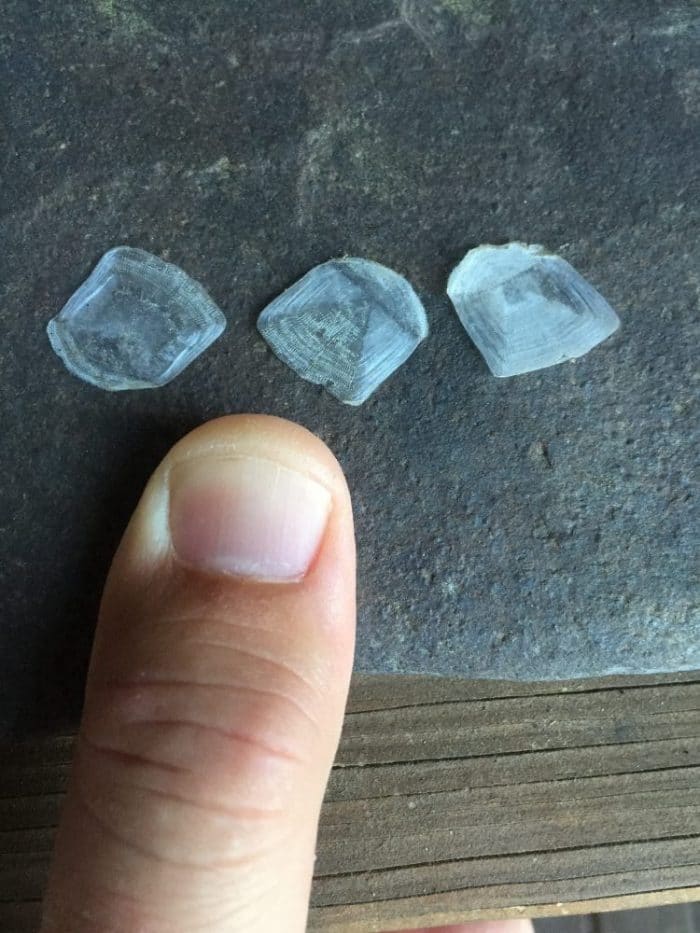