Freestyle Kayak Nationals on the Chattahoochee!

Over Spring Break, my family and I headed down to the Chattahoochee in Columbus, Georgia for the National Freestyle Kayaking Championships held on an amazing wave known as Good Wave. Starting from Washington, D.C., the drive took us a total of about eleven hours, although we did stop in Charlotte to meet up with a friend from Keeners and run the Whitewater course there. Despite many rafts coming down the course, and having a near encounter with one, my sister, my dad and I had a blast on the course. My mom was also feeling up to run the play channel, so we took her down. Everything was going awesome until we came to M-wave, where my mom flipped over, swam, and received a nasty cut on her ankle from some concrete under the water. She received proper medical attention (mostly band aids and Neosporin) and still made the best of the day. Meanwhile, My sister, my dad, our friend from Keeners and I were having a blast. We were shown a hole at the bottom of the Play channel that was awesome for getting in some beatdown practice and also for hand surfing. Later that day, we got a chance to run the competition channel of the park when the slalom boaters were done with it, which was amazing! It took a bit of convincing for Julia to run it (thank you Eva), but afterword she had a blast. She ran it over and over again with happiness. I had a bit of carnage myself, as I was trying to catch a wave on the side, because I missed it, got pushed into the wall, and staggered a rather carped roll at the bottom. It was rather hilarious! 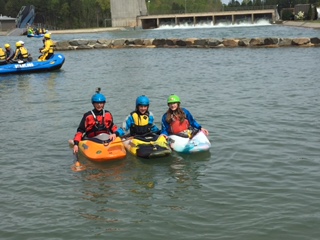 Finally, after a long five hour drive, we reached the Chattahoochee river. Specifically, Good Wave. As soon as we rolled in, we threw open the doors and put on our gear. The wave was absolutely incredible! After a long surf session, we headed to the parking lot where I made many new friends. 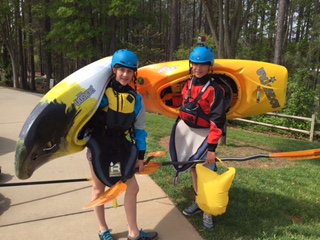 We were able to train a bunch on the wave before nationals; even at night, when the stadium lights came on! It was super awesome to paddle in the dark because when I would flush, I would not be able to see my bow, as the trees on the rocks blocked the stadium lights. During the day, the water was low in the morning and high in the afternoon, so I had to save my energy or I would be very tired for the wave. Stevo even let me try his carbon boat in the flatwater (even though I paddle a small, and his is a medium), which was cool. I had never tried a carbon playboat before, and was amazed at how smooth it was. Let’s say I was sick with the “Carbon Fever.” 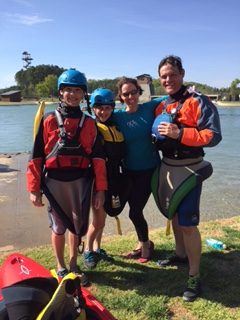 During the competition, there was a good mood among the crowd. The competitors and the spectators were all happy despite less than desirable temperatures (Very hot. In Spanish: Mucho Calor). I got to paddle in the Junior men’s division, although I was the youngest competitor in that class. The wave was challenging, due to the fact that the right shoulder would curl and crash, making it hard to set up for many tricks. In the end, I was able to force an air blunt on the left side, as well as a back panam, although the back panam was not counted. Either way, I was very happy! I was nationally ranked tenth in the U.S. which made me even happier. 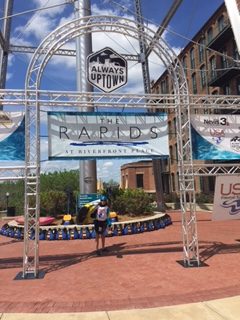 My sister also did well in her division, which was K-1 women’s cadet. She was able to get some spins dialed in and made the wave look easy. She made the podium and took home a bronze medal! Way to go! Nationals were a great experience, and I hope to go again next year, wherever it is! 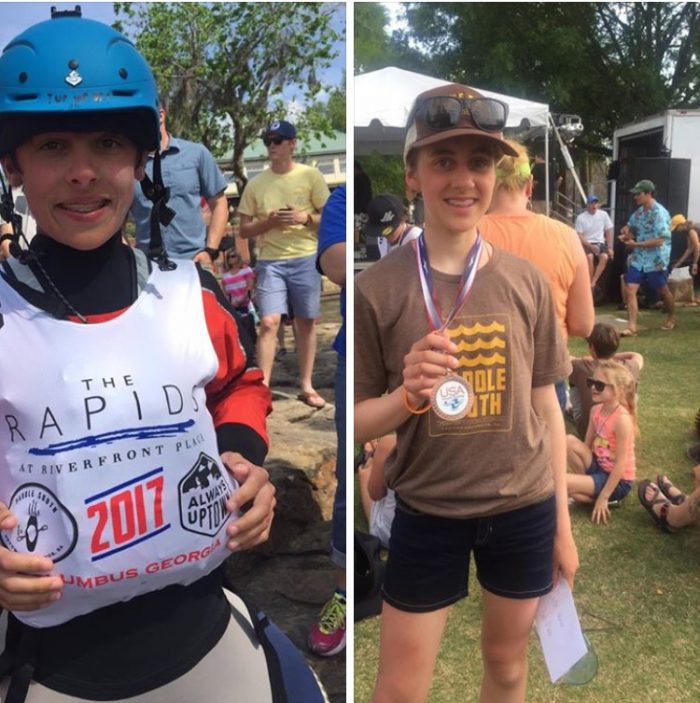 I have an edit of our trip at:

Shout outs to Whitewater Express, Paddle South, and My sponsors: Jackson Kayak and Kokatat for an amazing experience.