A couple weeks ago, my friend and fellow Team JK member, Chad Christopher, asked me if I wanted to go to a whitewater race in Ohio. My initial response was, “There is whitewater in Ohio???”. As we found out, YES! There IS actually phenomenal whitewater and even better people/ paddlers that live there! 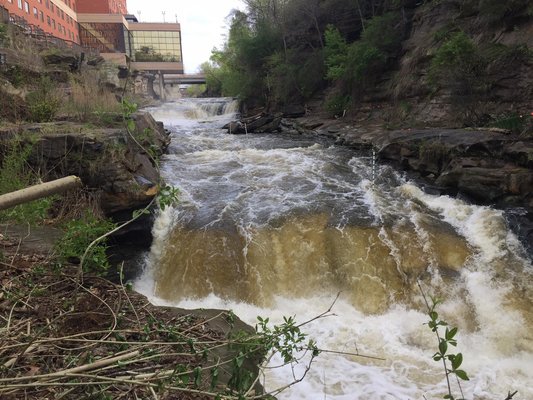 A brief little bit about the Cuyahoga falls. The falls are located just off Highway 59 and 8 and overlooked by the Sheraton Suites hotel in Akron, Ohio (Just south of Cleveland and Lake Erie). This section of the Cuyahoga river only just recently opened up to whitewater kayakers when two 100+ year old dams were removed in 2013. Since then, the Cuyahoga falls have attracted local/ not so local paddlers from all over the world to experience the urban falls! The race section of the river is around ½ a mile long with the majority of the 60 ft of gradient being lost in a 75 yard stretch of river. 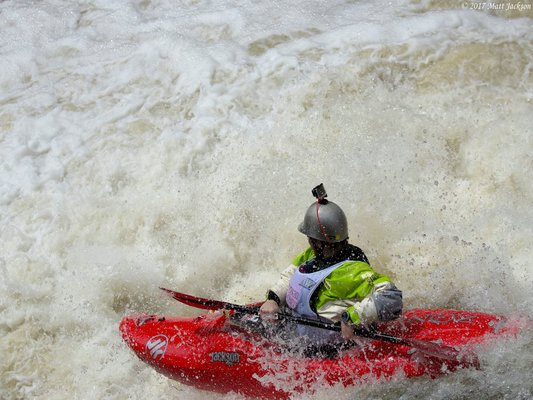 The weekend started off at 7am when I got off of work in Birmingham, AL from my night shift (12 hours). Once I got off, I drove to Crossville, TN to pick up Chad and then we made our way north to Ohio! We arrived In Cuyahoga national forest around midnight that night and quickly went to sleep. One thing that should be noted, when I left AL it was 80 degrees, and when we arrived in Ohio it was 40 degrees. Good thing I left my dry suit at home:) We awoke that morning to frigid temps but nice warm coffee! 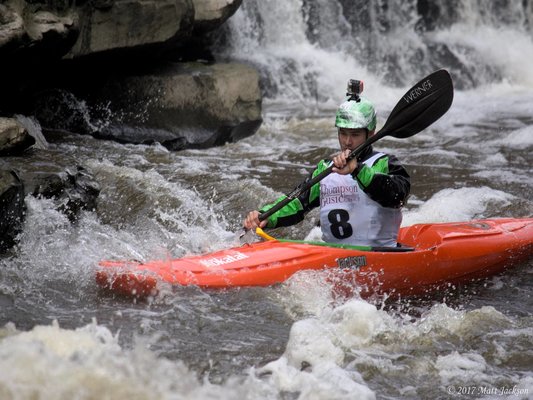 Race day! We arrived at the Sheraton around 9am to get registered, and then we went on to get a couple of race laps in. The race laps went very well! Since this was going to be my first time racing my UL, I decided to spend the majority of my time practicing in the longboat. When It came time to race, I did short boat, Long Boat, Boater X, and Slalom. 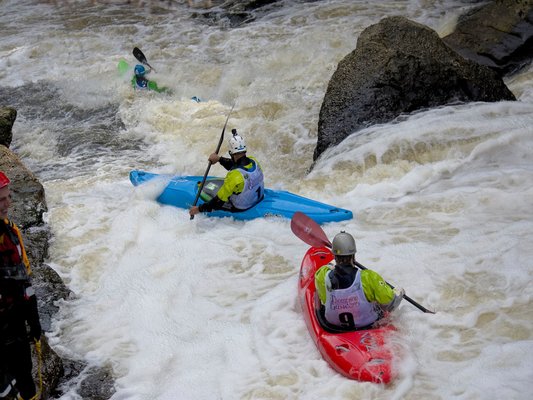 Short Boat- Ended up finishing mid pack. Got hung up on some of the shallow shoals in the beginning. However, I was still able to move through the rapids fairly quickly and kept a clean run.
Long Boat- Much cleaner run! Even though I still finished mid pack I was still happy with how my first long boat race went! Definitely a race I look forward to competing in again!
Boater X- At one point I was in first……..But that didn’t last long:)
Slalom- I was tired from all the other races that I missed the majority of the gates. It was lovely!

All in all, I had a blast at the race! It is always awesome for me to see new runs, and to meet to people. It was a great experience to travel outside the SE to see the whitewater that Ohio has to offer. A huge shout out to Don Howdyshell, Nic Williamson, and Team JK’s Tommy Piros for founding and organizing the race! If you missed it this year, mark calendar for next year!

A big shout out to Matt Jackson for the photos! I managed to leave my SD card at home:(

As always be safe and SYOTR!