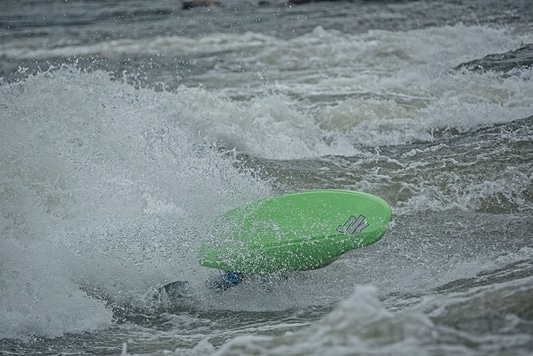 Training for Freestyle Nationals on the Columbus Waves

So after a fun weekend of friends, slalom, and hole-play at NOC, I was lucky enough for Spring Break to go to Columbus, Georgia to train with Tom Dollé on Good Wave. I met Tom last summer on the Ottawa, and we shared a cabin at this was a chance for us to do some paddling together down south and get ready for Nationals. Tom is really fun to paddle with and is great paddler, too! When some people talk about being the “greatest”, being the reigning World Cup Junior Champion, Tom actually is! 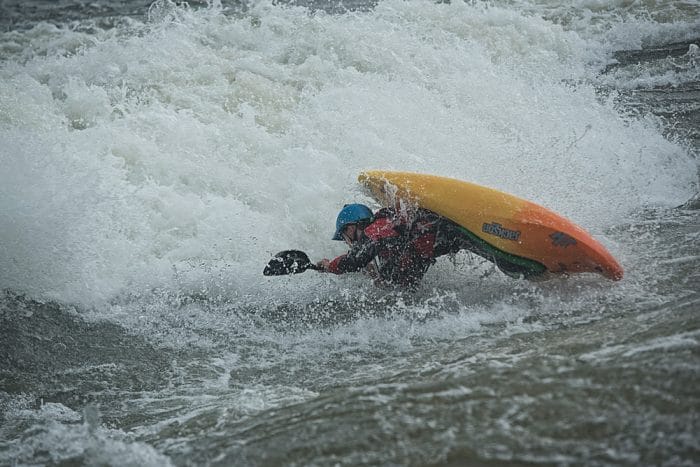 On the first day, it was really cool to see Good Wave because all the big play boating waves I knew of before were in Canada. When I was surfing it, the wave felt so powerful. It was pushing me around, and it was hard to do any tricks. Thankfully, on the second day I figured the wave out and could throw Air Screws, Pan Ams, front and back Blunts. On the third day, after we surfed Good Wave we drove up to the top of the river and played around in Ambush, which for me at least, felt better then the NOC hole. I could do Loops, Cart Wheels to Split Wheels, McNasty’s, and Space Godzilla’s. 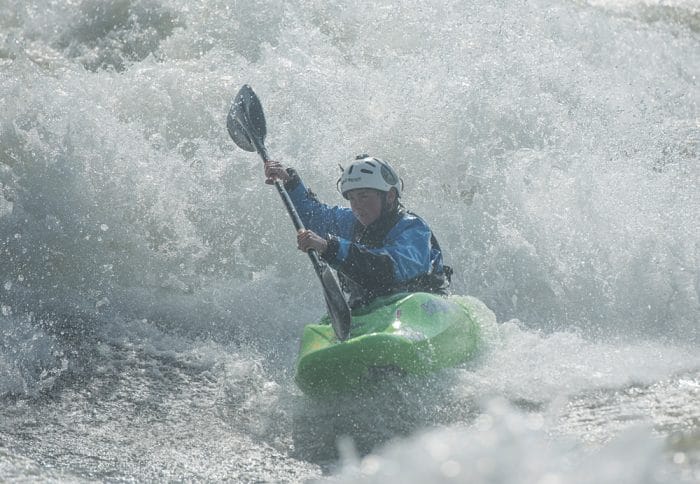 On Thursday, during the morning I was in a slump, and I couldn’t do any tricks. So I took a break. After the break I felt much better, and on my first ride I did an air screw and a blunt. After that ride my confidence rose, and I was much better. At around 5:00 we went up to the put in to surf Ambush as the dam release was ending, and the water was going down. It was awesome to see the feature start as a wave and turn into a smaller wave/hole- and from that a hole, as the water, the sun, and our energy level went down. 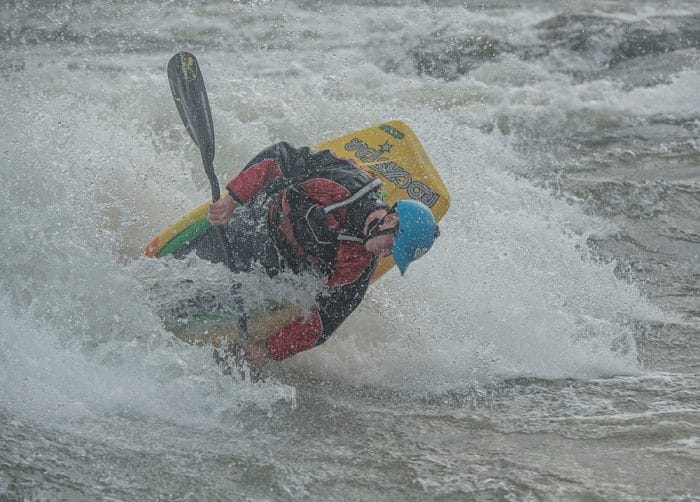 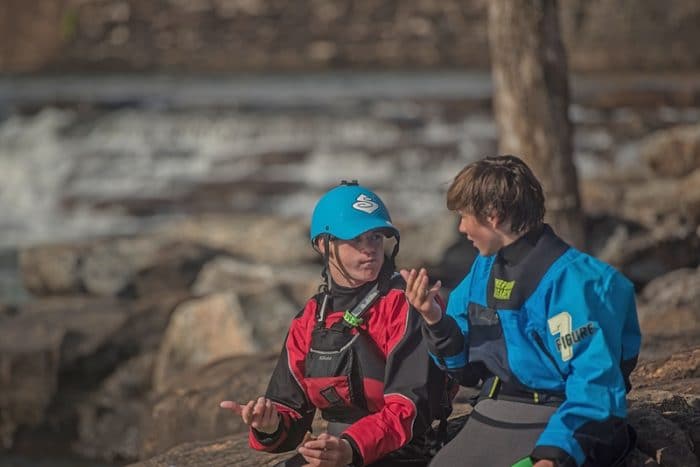 I think Columbus Georgia is a great place to paddle because of the different levels it has to offer – often many on the same day. I’m feeling pretty good about my paddling, and I can’t wait to go back for Nationals. Check out the wave and check out the video of Tom and I in Columbus.