The Clock is Ticking on the Nile!!! 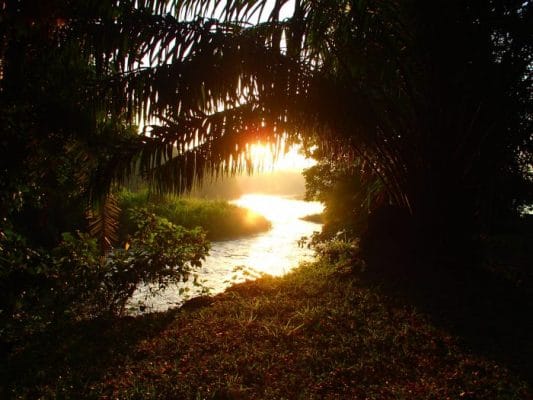 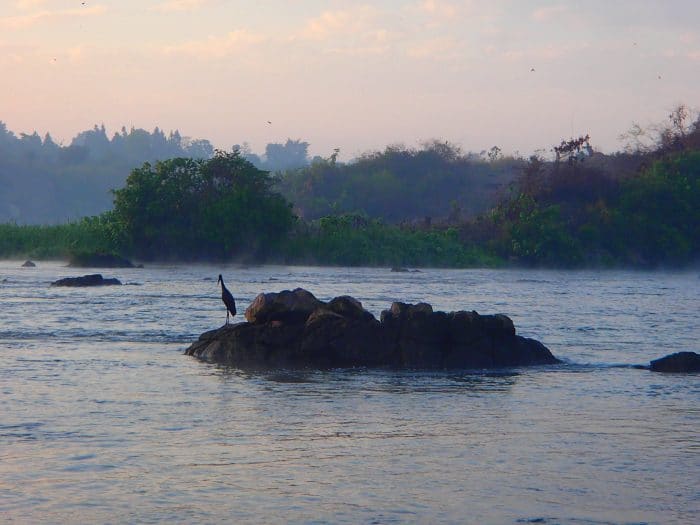 Leaving the Nile and Uganda gets harder every time I come and go these days because I know the clock is now officially ticking on the life span of the free flowing Nile that we know and love. Water levels remain unpredictable at best, but that means good things- tow on Nile special in the morning and paddle on Nile special in the afternoon for example. This year the drought lasted for over 4 months in Uganda and all hydro power was derived solely from the Bujagali and Owen Falls dams. None of the smaller hydropower dams could generate power because there was simply not enough water to do so. 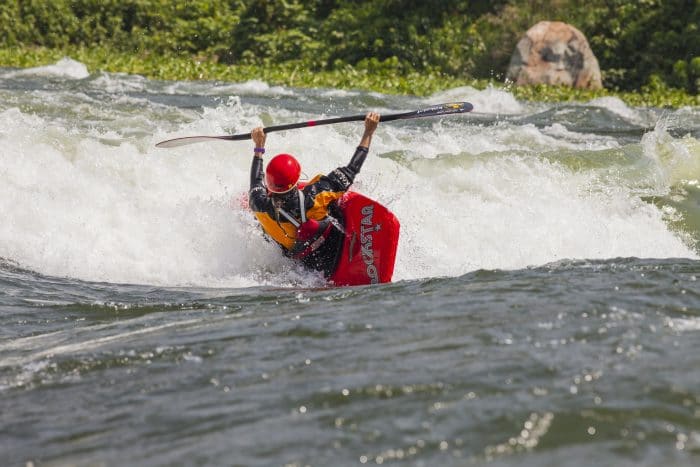 However, this means that there is a large variety of features to paddle, and since a lot of water is being run through the Bujagali turbines, we have had high water levels, some of the highest I can remember paddling. Incredible features like Malalu are back in on a regular basis, which is more than fantastic. The last time I surfed that wave was in 2005, and Malalu is even better than I remember! The definition of big and fun and just incredible. Add to that, easy eddy access and no consequence apart from the flying rocks at the nearby quarry for the dam and you have the world class Malalu wave. Somehow, when you look downstream and see a city off in the distance where Isimba dam is being built, and paddling the wave means planning around when they are blasting so you don’t get maimed or killed by flying boulders, you know that the reality of losing this section of river and all it has to offer is way too close! Work on the dam is being done 24/7 with the aim being to finish construction and flood the river by May 23, 2018 – this is soon! 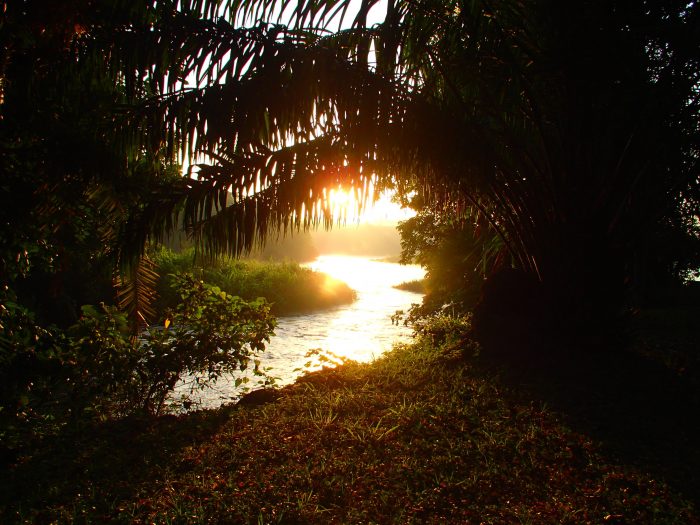 Though conflicting reports say that the dam is behind schedule and could be finished as late as August or even later, the truth is that no one knows and the dam builders are not telling us what the truth is – maybe they don’t know either. Another big question is how much of the river and environs will the reservoir flood? No one at the dam or at the World Bank or the Ministry of Energy in Uganda has been able to give clear answers on this very important subject either. And there are still hundreds of uncompensated and partially compensated people who are among the poorest of Uganda’s poor who will lose everything when the river is flooded. They have no voice to be heard and helped which is incredibly sad. 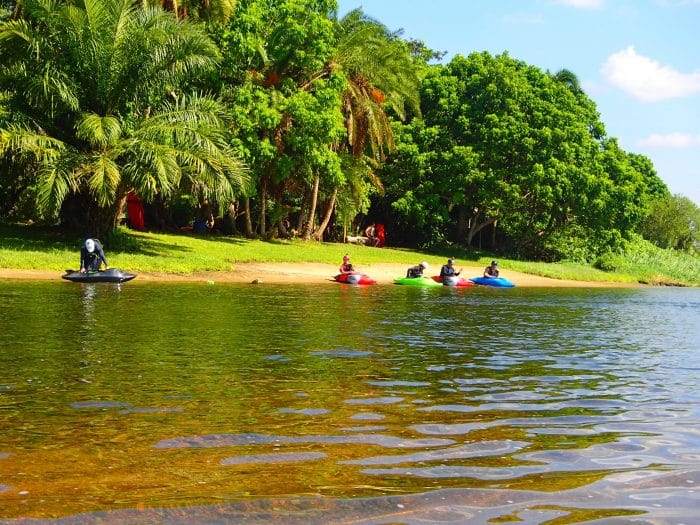 The “development” which this dam is supposed to bring for Uganda is likely going to push the Ugandans in need of most “development” help right off the cliff of survival. If all that weren’t enough, pangolins, an endangered species and a popular victim of the bush meat trade, live on islands in the Nile that will be flooded and no provision has been made to help them survive either. Finally, a big part of the Busoga and Buganda cultural and tribal history will be under water and lost if the river is flooded to its highest predicted level as per early social impact assessments that were done (again accuracy of all reports are in question). 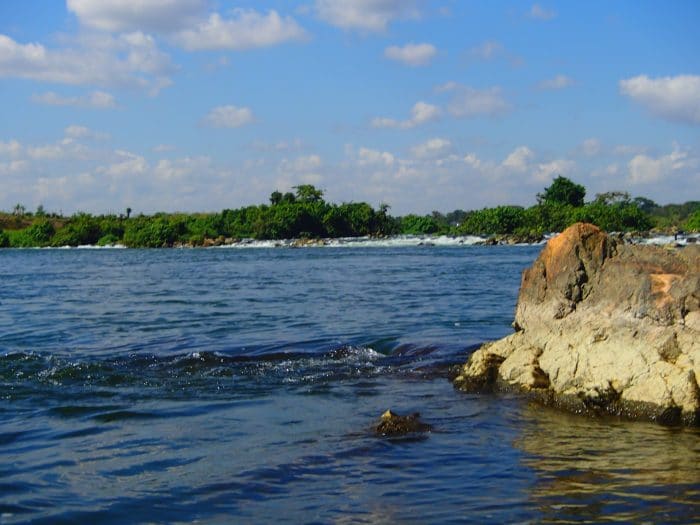 So I know this all sounds pretty bad, but we are still working on ways to hold the World Bank and all the funding partners of the Bujagali Dam including the government of Uganda accountable. All funding partners of the Bujagali Dam, both public and private, were parties to the creation of the Kalagala Offset Area or KOA. The KOA’s purpose is to protect this amazing wild section of the Nile for Ugandans and the world for time immemorial. I, for one, will be very disappointed with myself if I don’t try to do what I can to effect some kind of change for the better and for the right outcome of the dam construction. And after all these years, I may sound like a broken record, if you have not gotten yourself to the Nile to see this river and paddle it – you need to do it! Other things you can do is go to www.savethewhitenile.org and email the World Bank – let them know that what they are doing is not ok and anti-development! Please tell your family and friends. You don’t have to be a paddler to love the Nile and all it offers! Every voice matters! 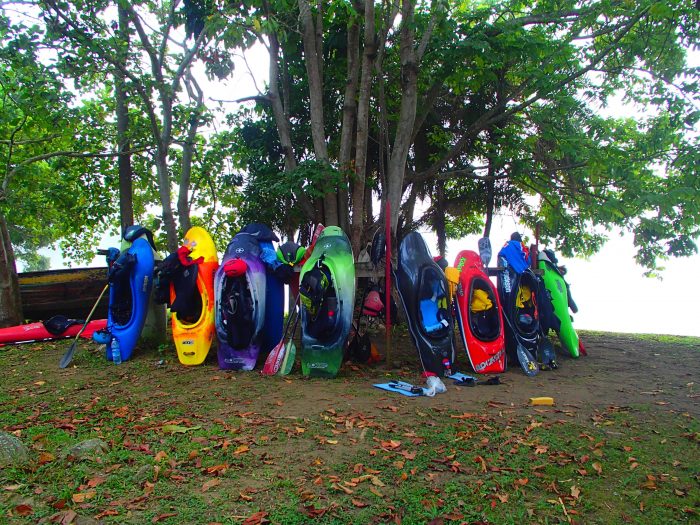