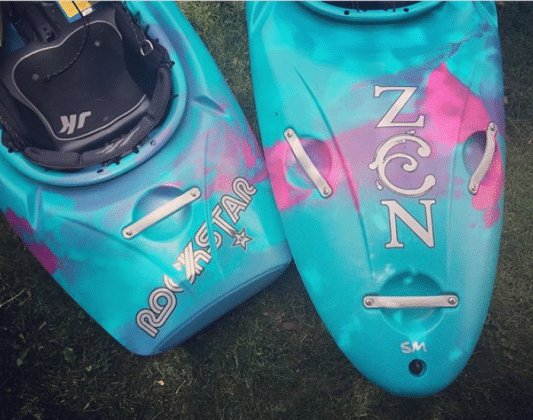 Over the winter of 2015 – 2016 I outgrew my Jackson Kayak Shooting Star, I was so big for it, I was practically sinking it. Though the smaller boat made it easier to control my tricks and it gave me more power, it also took away all of my buoyancy and air. So it was time to upgrade. I had been hearing talk about the new XS Jackson Kayak Rockstar and I knew I needed to try one. Sure enough after competing at the Golden Games in my old sinking titanic of kayaks I got to test one out at Paddlefest in Buena Vista. The minute I sat down in it, before I was even in the water, I knew I was in love. Once I did get it in the hole I just flew! I had almost forgotten the feeling of a huge air loop, and that is not a feeling you want to forget! I was officially back in my groove.
After Paddlefest I was fortunate enough to be able to keep the boat with me and compete in it the rest of the season. After Fibark was over I returned the boat to its owner. By that time my very own XS Rockster was on its way along with my new Zen. I took a Zen down The Numbers in Buena Vista to try it out. I actually ran my first class 4+ in it, It was awesome! 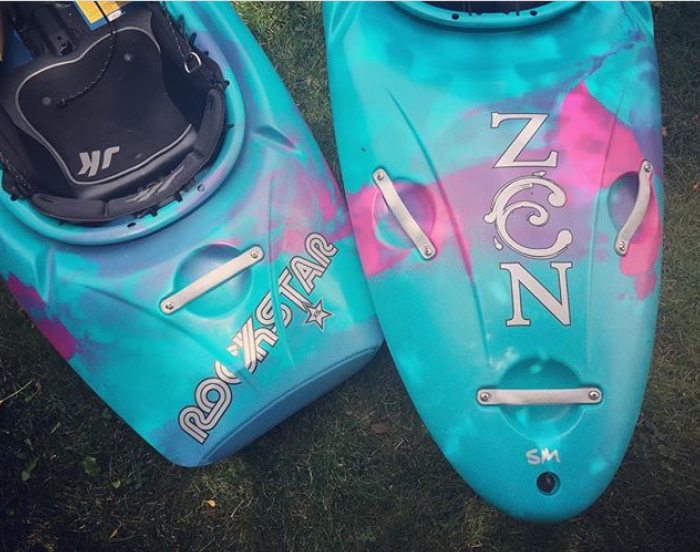 I was so excited for my new boats that I checked the front porch every morning for 8 days. One day I was looking out my window and saw a FedEx van pull up! I was so excited that I ran straight down the stairs and outside still in my pj’s. I met the nice man at the truck and he handed me my boat all wrapped up in cloth. I thanked him and ran it back to the driveway to tear open the packaging to get my first look at my brand-new boat. My playboat was the only one that arrived that day and my Zen came about 3 days later. It really was like Christmas in July!