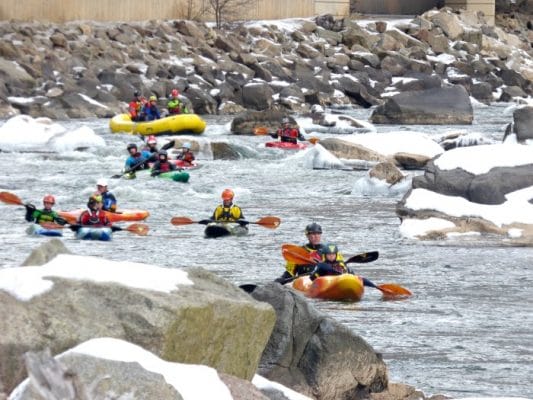 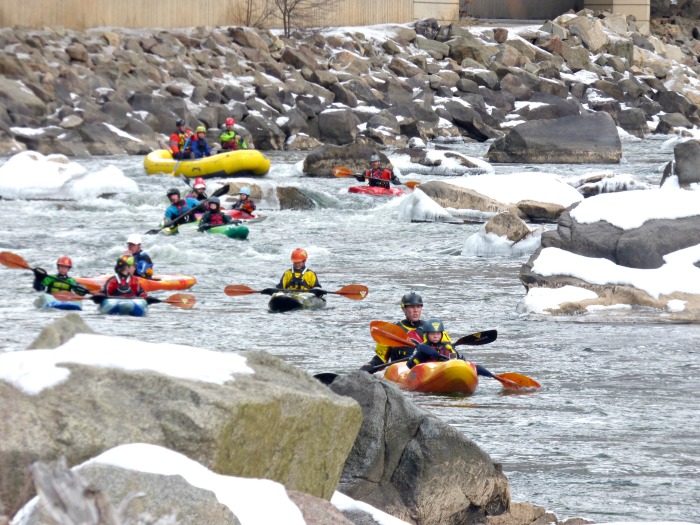 Every year since I was really little, my family has paddled the Shoshone section of the Colorado River on New Years Day.  Last year was my sister,Maddy’s, first trip down when she was 10 and this year I got to do it at 9.

Everyone said I was the youngest paddler to ever paddle on New Year’s Day, and I bet that’s because it’s usually really cold.  I remember my dad saying it was only 8 degrees last year, and not many people were there. 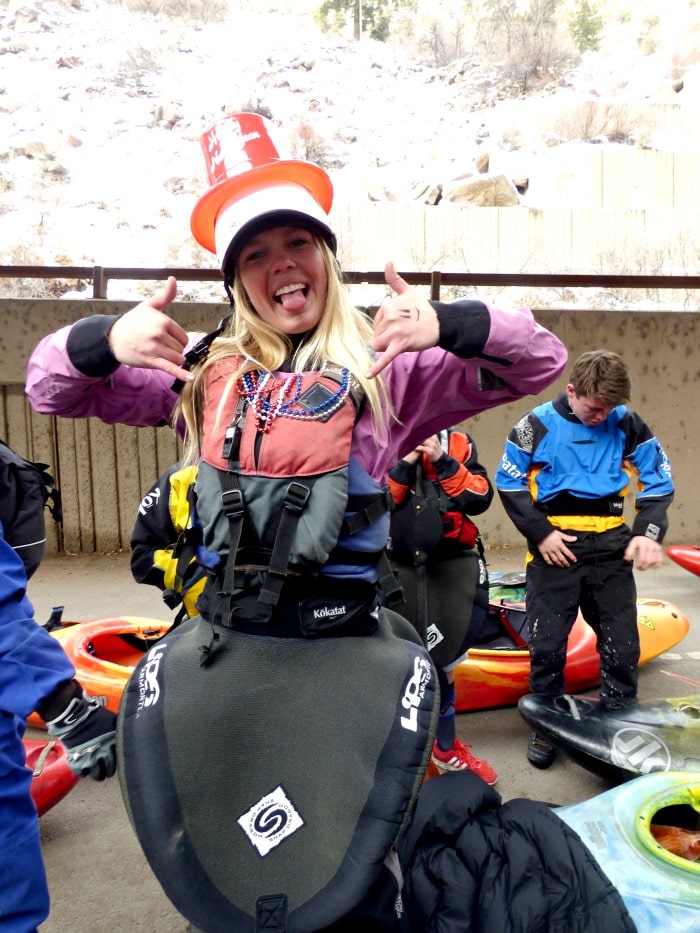 This year it was way warmer at 40 degrees.  We didn’t even ice up like everyone did last year!  No icicles on our helmets or anything like last year.  And so this year there were a bunch of kids and almost 100 paddlers.  But even 40 degrees on the river is cold!

This year we had a big group on the river, I mean, we are always a big group, but every year we get even bigger.  This year my dad, my brothers, Grady, Brody, Kenny, Dally and Cardy all paddled as well as my sisters Kady and Maddy. 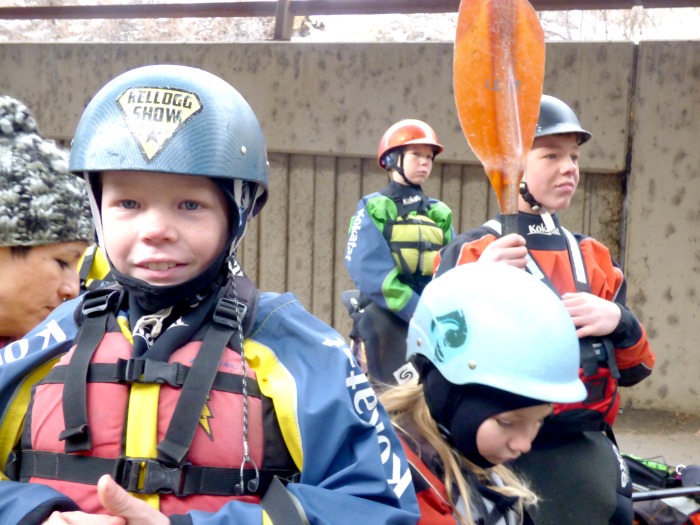 And then our friends from Idaho, Kris & Andie Henthorn and their 2 kids, Luke and Aksel brought their raft!  It was really fun. Brody brought his big speaker and we set it up in the raft and paddled down with our music blaring.  It was like a big party and I had so much fun I didn’t really think about being cold.

And everyone on the river is cool too.  We all look out for each other.  In fact, my brother, Kenny, helped someone who swam out of their kayak. 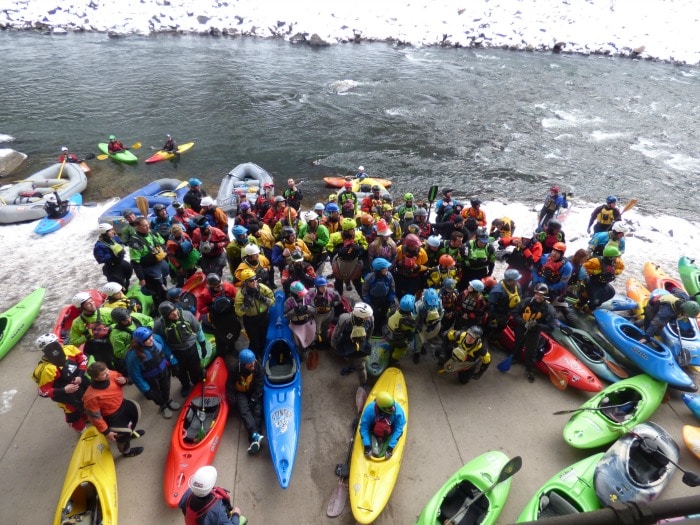 The guy flipped over on a little hole, he tried to roll and then flushed up on a rock and around it and then he tried one more roll and when he flipped back over, Kenny had almost caught up to him to hand of God him, but he swam and Kenny rescued his boat and pushed it to the eddy.

When we got to the takeout there was chili and hot chocolate and that was awesome. 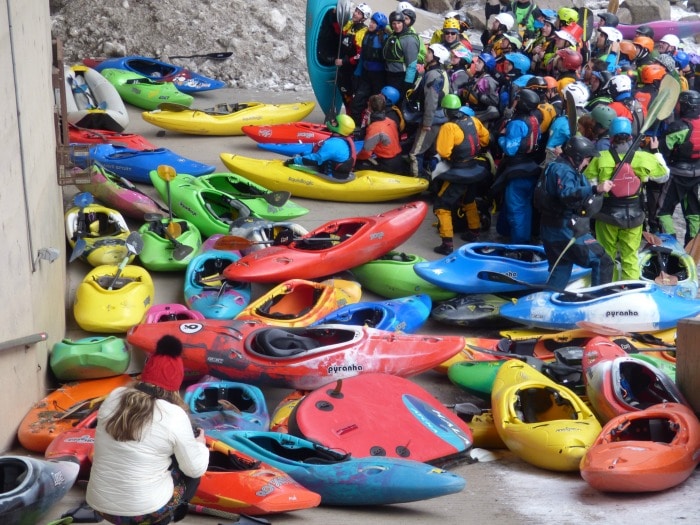 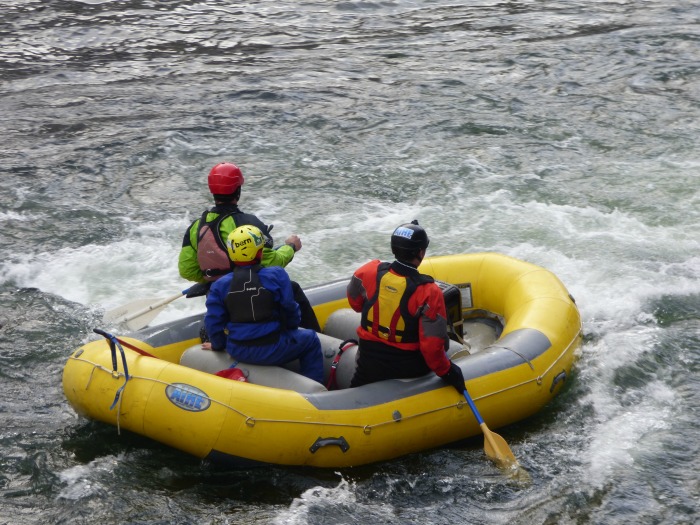 Then, after we got warmed up we started sledding down the steps in our boats all the way down to the water.  It was a ton of fun.  Luke and Brody and Kady ran back up for a second run in the raft while we loaded our kayaks.

Shoshone is one of my favorite runs when the water is higher.  In the winter it is really low, so it’s pretty easy, but still fun.  But in the Spring, the holes are big, the waves are big and it is challenging. 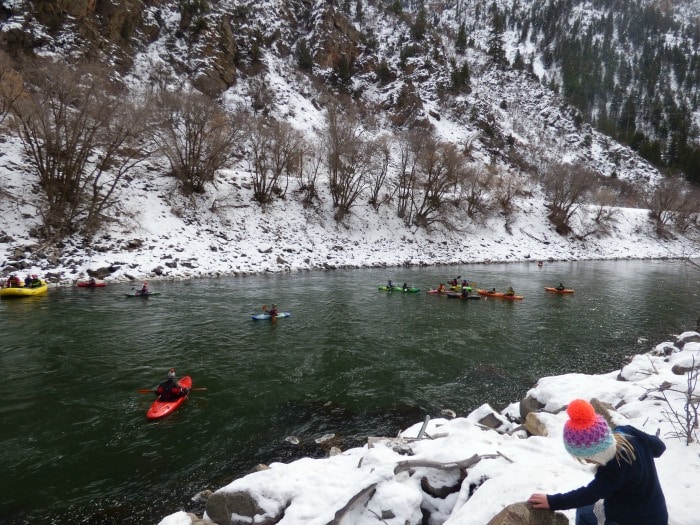 While we have no snow and boarding conditions are pretty bad, we are going to run Shoshone a bunch and try taking harder lines, but not too hard because swimming in the winter is no fun.