Tis’ the Season for change

Its been a hard few months with nothing to report on the front lines… I have been on hot pursuit for Permit and Bonefish of fly with every waking moment this summer. With luck obviously not on my side as of late and several calls from friends inquiring about fishing I set aside my ego and took up the offers. 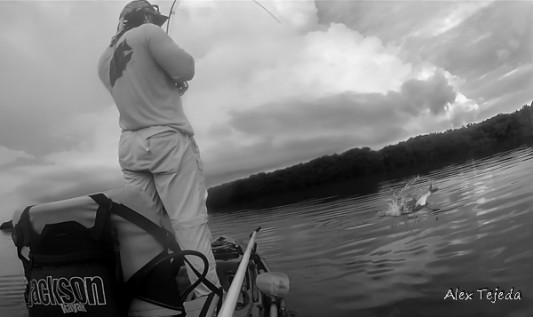 With fall upon us and cooler weather looming over the horizon I decided to venture out to the Everglades in search of Tarpon, redfish and snook. With dates marked on the calendar, I thought it would be wise to put in a few hours on the water and do a little prefishing. If you have never been, the Everglades is a magical places full of adventures and scenery in every direction. Wildlife abounds and as the sunrise cracks over the horizon, it signals to every creature that a new day has dawned. 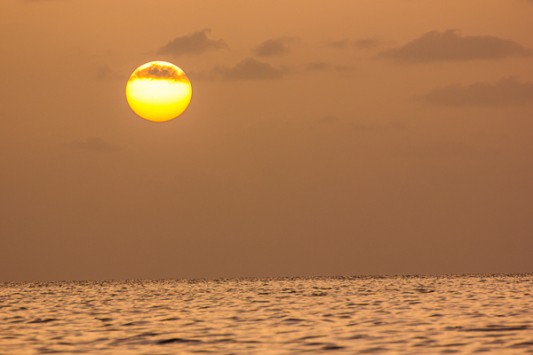 I soak in all the smells and views of the busy animals fly, crawling, swimming in every direction, When I finally see what I was looking for.. Tarpon rolling and making their way to me.. in no time I was hooked up to one of these miniature version of its giants brothers that swim ocean side. After several hours and a few reds fish and tarpon in the mix I decided to call it a day. 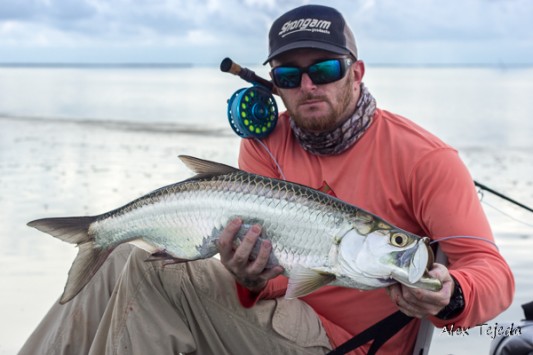 After a few days I decided to head down once more with my good friend to splash his Cuda 14 for the second time. After a brief paddle I was again surrounded by tarpon. After some coaching on fly patterns, my Buddy Chris had his first tarpon on fly off the yak. After a few fish and a storm or two we pulled the plug and called it quits.

After a brief weather system rolled by I finally got good fishing buddy and teammate Randy Marrow to run down to the Everglades for chance at some fish. After a few blown shoots at redfish I finally hear the all to famous “I on” belted over the crisp humid air. Sure enough Randy had sight casted his first “mingo” redfish. We continued our quest with several shoots at tarpon and black drum, snook and redfish. 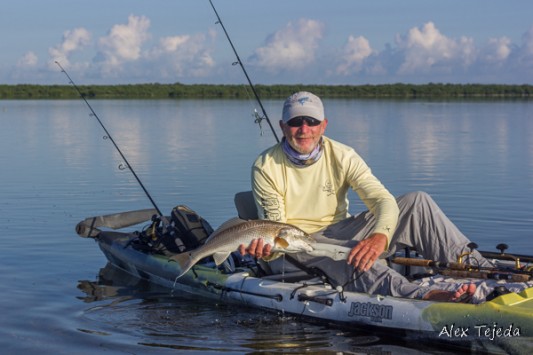 The summer heat began getting the best of us and the tides where in are favor and we decide to enjoy the rest of the day light with a nice drive out of the park including a rare sight of a giant invasive python. All in all fall is the best time to enjoy my back yard Everglades National Park. 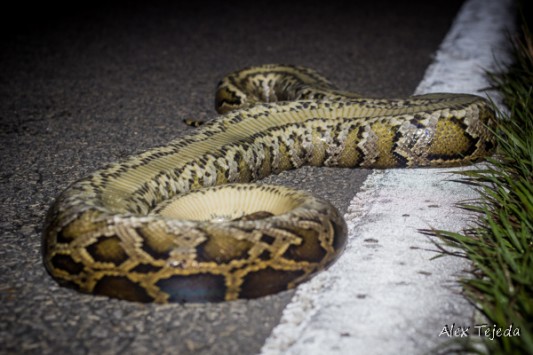