On Tuesday I returned from a 1000 mile drive and was pretty tired. I was desperate to get out on the kayak.

I was limited on time, so a trip to my local water was in order.

Loch lomond being 24 miles long and the widest loch in the UK. It has the largest surface area of any fresh water in the UK and it is surrounded by mountains reaching 3200 feet high. The loch itself can be treacherous, the fresh water actually has a swell and can have waves over 5 foot in bad weather. All of the above makes it my favourite loch in the world. I have fished this loch on average twice a week for the last few years and I still don’t know it that well. It has many islands with strange inhabitants from capercaillie to wallabies living wild on Inchonnachan Island. 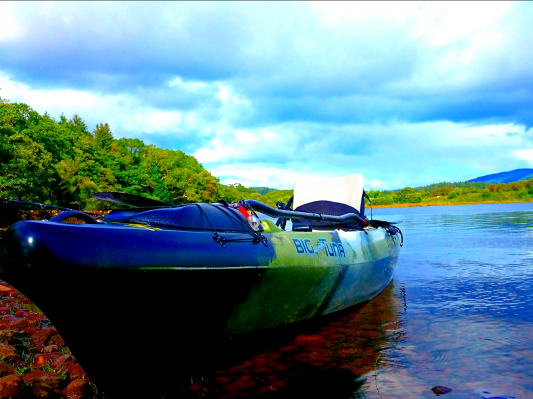 The fish life is second to none. A lot of people say there are no fish, some say it’s not what it used to be. I disagree! Put the hours in and you will reap the rewards. Pike, perch, salmon, trout, ferox, roach, giant eels, roach and powan.

Powan are fresh water whitebait and can only be found in two lochs in Scotland. Loch lomond and loch Eck, although they have been introduced into a couple of other waters for conservation. They are very rare and only found in Scotland.

Well today I wanted a powan and I knew just the spot!

I had a few casts on the way to my chosen position and managed a couple of perch around 1lb max. Great fun and perch are still my favourite fish to catch after trout. 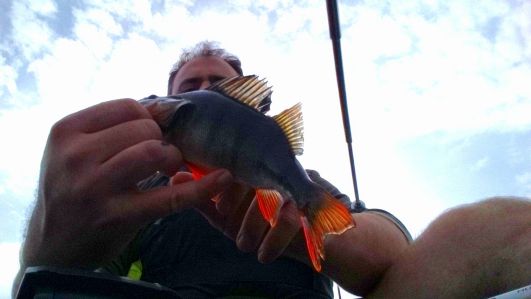 I put them back and paddled on.

When I reached my target position I fished away, fly fishing little floating buzzer flies. It was nearly a fish a cast. I think I gave up after about 30-40 fish. 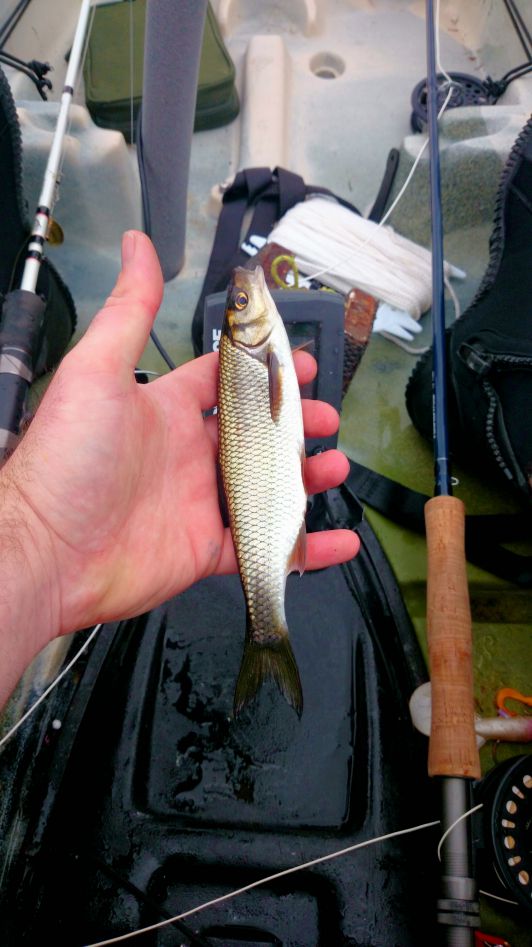 I decided to sit back and watch the wild life. Moorehens, kingfishers, otters and lots of fish making the water boil. I made myself a cup of coffee while sitting on my big tuna. The kayak is so spacious I was able to boil the kettle and make a cup of coffee and cook sausages while still sitting on the water. I did not get much peace to eat my rolls as the tough Glaswegian swans were right over trying to peck at me. 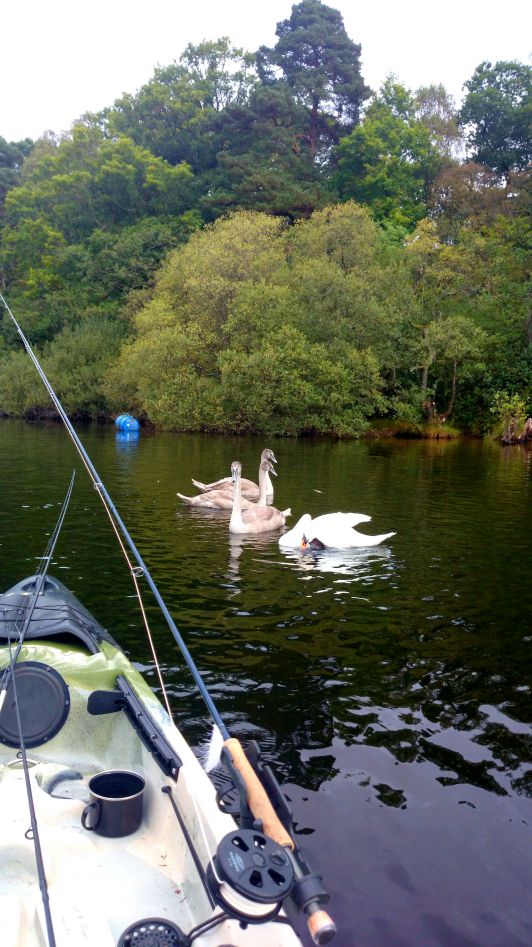 Anyway, time went on and I packed up and headed home as I had plans in the evening.

A great place to paddle on and a great kayak to paddle in.