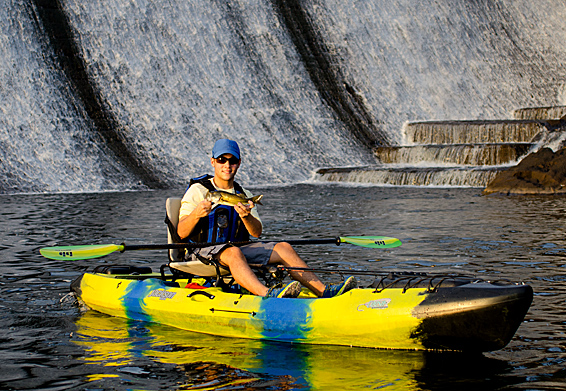 This summer has been full of fishing obstacles for my son Ethan. His first Job, lots of stuff going on in the youth group at church and a very pretty young lady has kept him jumping. I kept fishing, but man have I missed my boy! I had high hopes once school started that we would be able to get out in the evenings some but that didn’t work out either. As soon as school started my bride and I noticed Ethan was just flat worn out. He would come home and would barely be able to stay awake.
We figured it was just the work load and did not think much of it. A couple weeks into his school year it caught up with him and he started running a fever. After a couple days of this and a doctor visit we figured he would whip it but we were wrong. The fevers hit 104 and stayed there and his throat was horrible. Another doctor visit confirmed mono and one heck of a case of it. This kid, who never misses school, missed 2 solid weeks of his first 9 weeks of senior year. Even though he still felt bad, he now had a massive hole filled with school work to dig himself out of. 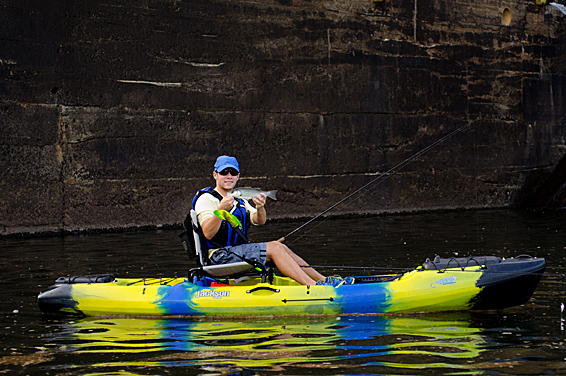 Finally after 4 weeks of this he couldn’t stand it and said lets go fish! I happily loaded up his Coosa and my Big Rig and we took off to the river. I knew it would be a short trip but I didn’t care; at least I was getting to fish with my son! He was the first to hook up with a dink of a spotted bass and followed it up with a small striper. Every fish was on the small side but for a little over an hour we taught them a lesson. Ethan ended up with 5 different species for the trip with striper, bluegill and a Chattahoochee slam of largemouth, spotted and shoal bass. For a quick trip we made the most of it and I was thankful for the opportunity. If only for a short time I got to fish with my favorite fishin’ partner again.