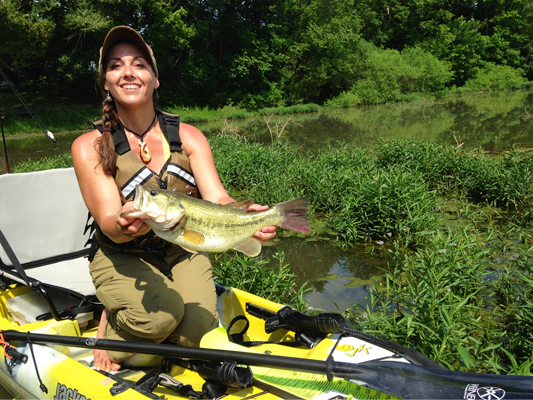 Small changes to your lures can make a big difference. A good set of split ring pliers are an invaluable tool that should be in every angler’s arsenal. A few common modifications include changing out treble hooks, adding a split-ring to the factory line tie and changing the blades on spinnerbaits. 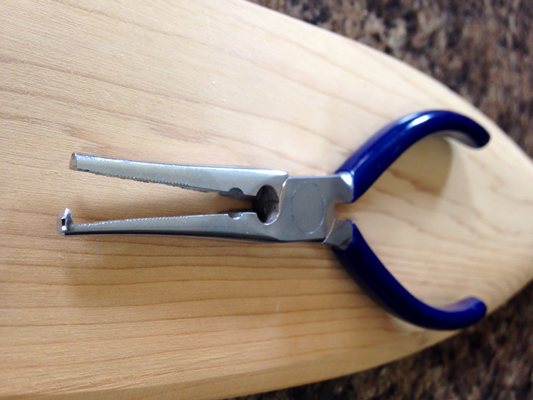 After breaking a crankbait out of the package one of the first things I do is grab the split ring pliers and get to work. If I want the bait to run with the same action as it was designed I’ll swap it out for a treble hook of equal size, but red. I use the Daiichi Bleeding Hook trebles – here, I’m using a size 6 to match the size of my KVD squarebill 1.5 crankbait. 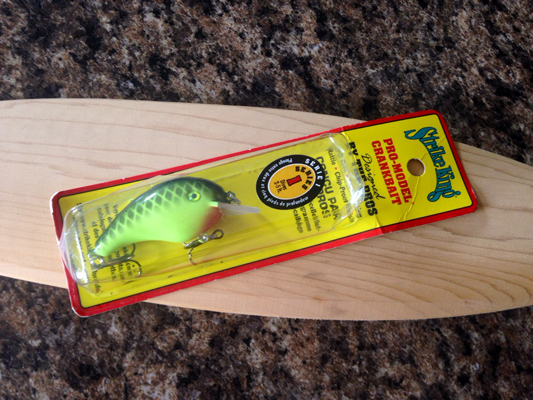 Getting the plier nose between the factory split ring is a challenge, and the smaller the size of the ring the more vexing it can become. After opening the ring, slip the new hook onto the ring and twist around. When done correctly the new hooks will be in place and the old hooks popped off. 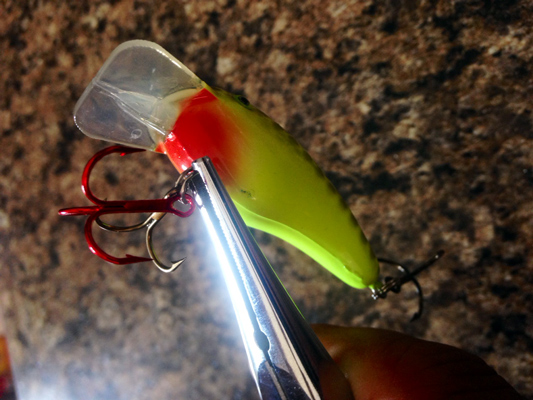 If you end up with both hooks on one ring, a pair of wire cutters are the easiest way to remove the old hooks. 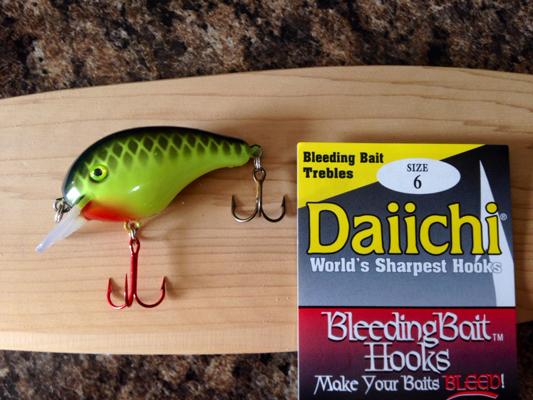 Folks think that if a little red is good, a lot of red is better – so two red treble hooks must be better than one, right? Not quite. Putting the red hooks on the front of the bait make it the more likely target for the fish – and if they miss that set, they’re likely to hook up on the back. Subtlety is key – a little red is good, too much (think a red spinnerbait with a red skirt and red blade) has the fish eyeballing the lure and thinking maybe a cardinal has fallen into the water. Not a good thing. – subtle is better! 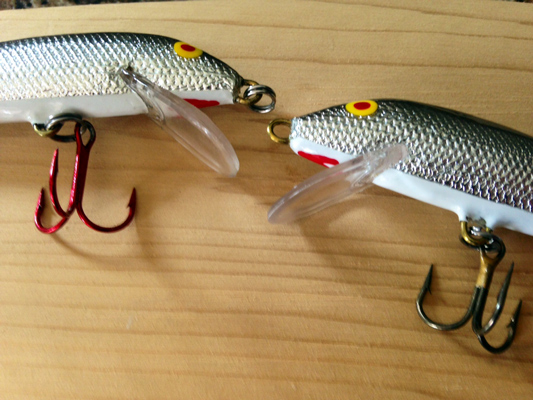 Adding a simple split ring to the front of a lure with a fixed line tie dramatically enhances the action of your bait. I personally don’t care for snap swivels as much – they add an extra component that can fail (you know, the part that you snap open and closed? That one), and the oblong shape of the snap and swivel don’t allow the range of motion a perfectly round split ring. 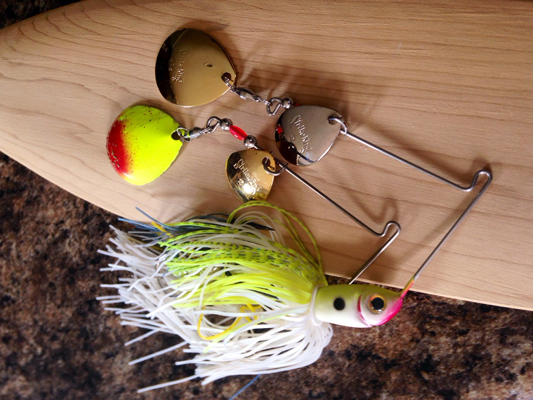 Blade configurations on spinnerbaits can be tweaked endlessly, from increasing size to changing color to changing shape. Here, I’ve swapped out the rear blade on this spinnerbait for one that’s the same size, but painted chartreuse with a red tip painted with nail polish on one side (one of the only things I use nail polish for, frankly!). A quick smattering of glitter and this blade resembles a shad with its scales knocked off after it’s been blasted by a big bass – making for an easy target and a more likely strike.

Fish see the same off-the-shelf lures over and over again. One of the keys to being a successful angler is to make simple, subtle and believable modifications to your lures. Try tackling a few of these projects and see if it doesn’t put a few more fish in your boat!