The O.K. Classic at Swanage is one of the highlights of the competitive kayak angling calendar in the UK. In its fifth year this is a species hunting tournament where you have to catch as a many species as you can, no matter what size, in a five hour period. In the event of several anglers having the same number the winner is the person who came in and registered in the quickest time.
I have a good record in this event, in the previous four years of competition I have a third place in 2011 and last year I was lucky enough to get first place so I was here to defend my title. 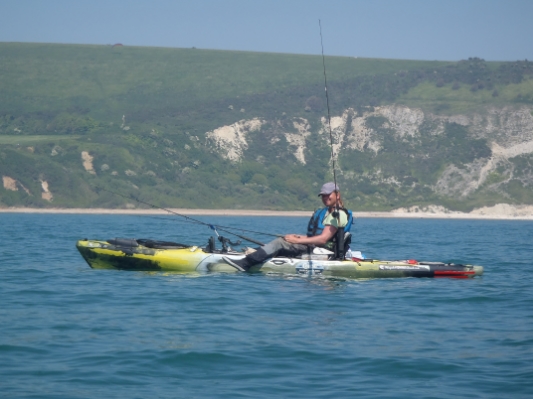 The weather forecast looked glorious for the whole weekend so messages were sent and it was decided to head to Swanage on Thursday morning and make a long weekend of it having a couple of days practise before the event.

On Thursday I arrived early and there were already kayaks on the water. The bay was alive with fish and I was soon bringing in bream, dogfish and garfish. I then had a small eyed ray, my first ever of this species. Interestingly this fish was in the process of laying eggs when it came aboard. I also managed brill, ballan wrasse, tub gurnard, corkwing wrasse, pollack and an undulate ray giving me ten species for the day. 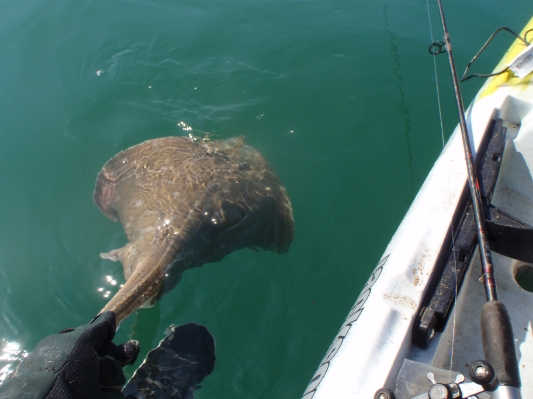 This was fantastic. The highest number needed to win in the competition previously had been seven by myself last year. Usually five would put you in the prizes so ten was a great result. The only question was had I peaked too early?

Back at the campsite I couldn’t believe it. There had to be fifty kayak anglers camping there and the competition was still two days away. The turnout was looking great. 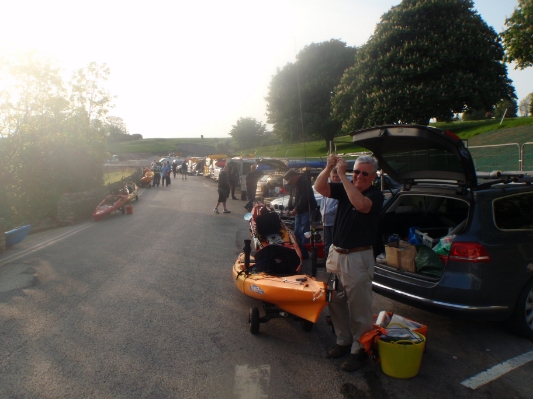 An evening of beer barbecues and banter followed catching up with old friends and making plenty of new ones.

Friday the bay was packed with kayaks. Again I couldn’t go wrong and managed another ten species, this time including a scorpion fish, goldsinney wrasse, mackerel and a cuckoo wrasse, another first for me from the kayak. It looked like my plan was a good one and I was looking forward to the competition on Saturday.

On Saturday morning arriving at the venue car park at 5.30 am there were already a dozen anglers there. It was a leisurely set up showing off the Cuda and comparing notes with the other competitors. At 9am we had the safety briefing and at 10 sharp 104 kayaks set off into the bay in search of fish.

My plan was simple. Two hours on the sand looking for the bigger fish that had been so easy the last couple of days, then come shallow over the reef for two hours looking for smaller fish. I thought seven or eight species would win so if I hit that number I would go straight in and register.

Well what a difference. I had a bream after ten minutes and though things were going according to plan. Then nothing…. Not a bite for an hour and a half. I tried deeper water but could not find a fish. Doubt was beginning to set in. What was I doing wrong ? I had been over the sand for two hours now and only had the one species which was a disaster, what to do ? Do I stick to the plan and move over the reef or sit it out a bit longer here looking for those elusive fish. 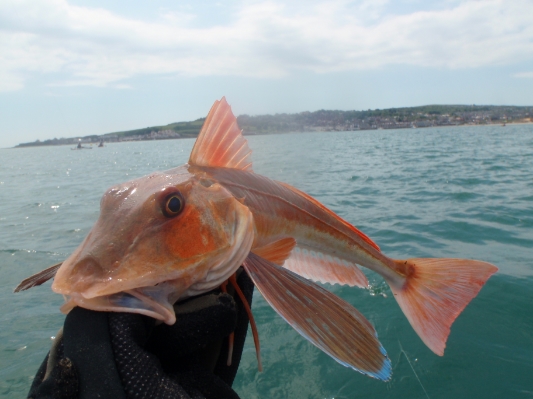 I decided to stick to the plan. Once anchored over the reef it was none stop bites. Corkwing wrasse by the dozen, pollack, then a goldsinney wrasse, tompot blenny, black goby and ballan wrasse. In an hour I had added another six species putting me on seven. Definitely time to head in and register. 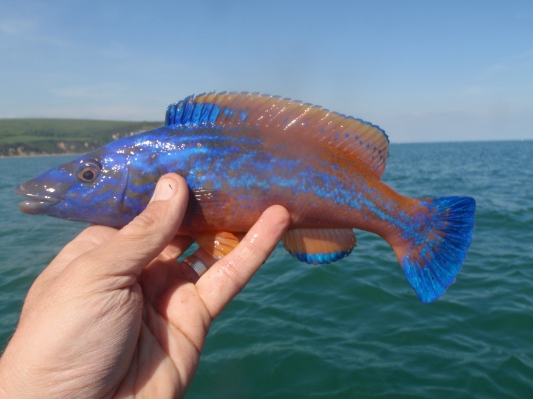 On landing I was leading the way but there were many anglers still fishing up to the final whistle. As time passed I heard reports of several eights and even a nine and a ten. It was looking like I had misjudged it and I had resigned myself to coming well down the leader board.

We all gathered on the green for the results and as they were read out I realised I had done better than thought and my name was finally called for second place. The prize was a Garmin Virb Elite camera which will come in useful and although I didn’t manage to defend the title I was really happy with second place in such a prestigious competition. 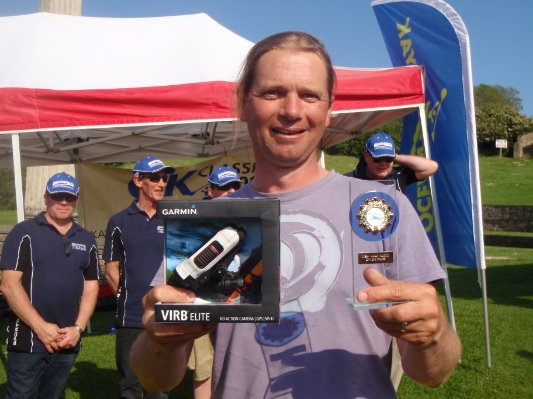 That evening was more of the same, beer, barbecues and banter as everyone compared notes on the day and started making plans for the next event in the calendar.

This is truly a fantastic event and thanks have to go out to Dave Morris from Anglers Afloat for organising it and SMG for their generous sponsorship with the prizes. Every year it goes from strength to strength and I am already making plans for next year..