Well I am sitting here and watching the sunset reminiscing on a year come and gone yet again. 2012 turned out to be a pretty good one for me.

I look back and cherish the moments given to me. As always life is a filled with ups and down and learning experience, 2012 was no different for me.  Well I started the article thinking I would write a quick summary of the year and then how a little video from some of the great moments. Though it looks like I rambled on, so if you just want to watch the video, here it is.

My year started off with taking on a new video project, literally I was editing JKTV Ep.1 on New Years eve. I started 2012 off with a bang, DISNEY WORLD!!! It was a family trip with my parents and younger brother, Em and Dane. We had a great time, and yes I still love it as much as I did when I was a kid.

I spend most of Jan, Feb at home in TN, kayaking, working out, and working on our house (which is a never ending project). It wasn’t long until Emily and I were on the road again. Though actually my first trip of the year was up to Canada with Dane to hit up some buseater action.  It was freezing, though it was worth it. It was great seeing some more friends come and challenge the cold with us, Demshits in particular was a pleasant surprise. 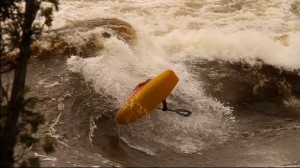 The USA Slalom Team trials were next. I was only going as a cheering squad for EJ, Dane and Emily. After some hard work Emily made the team, and I was very excited for her, though also bummer that she would be leaving me for 2 months. 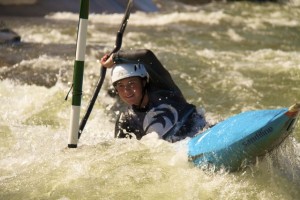 I had two more weeks with Emily before she left, so we hit up the T’Ville Triple crown, and then some high water West Virginia. After that I said my goodbyes to Em and Dane and I hit the road for California and Reno to visit my good friend Jason Craig.

To my astonishment I actually got to paddle again with Jason, (He had just recovered from a horrible broken back) which was one of my weeks of kayaking all year. His smile and love for life was so contagious. Dane and I got some creeking in also before we left Cali. Me good friend Ben Stookesberry lead us down three personal first descents, and some of the best whitewater in the state; Yuba Gap, Dinkey Creek, and the epic Fantasy Falls. 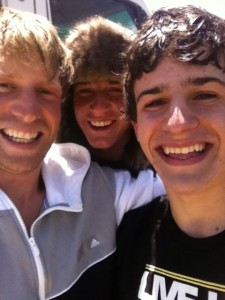 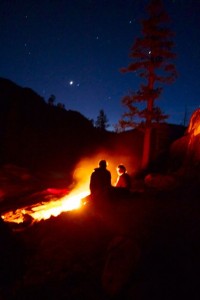 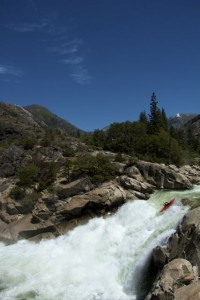 It wasn’t long again until we were back on the road heading to Wyoming for the Green River event and then onto Colorado for the CO Tour. I travelled around Colorado hitting up a different event every week, constantly paddling and hanging out with the Frenchy Matthieu Dumoulin.

Next was the GoPro Team Summit. This was super cool, being I got to hanging out with all the team and owner of GoPro. Oh ya, and we spent a day driving really fast cars, and drinking really nice wine (separately of course).

It was a quick trip back to Reno for the River Festival and some more good times with friends, though at this point I was really starting to miss my wife.

Back to the never-ending road as I drove up to Montana. This was my first time to to Montana, and wow. I got some sweet kayaking in Montana with Big Timber and Brennons’ Wave being my favorite spots. Finally Emily came back to join me, and told me about all her epic travels in Europe. I was just glad to be back with my gorgeous wife, 2 months was too long to be apart for me. 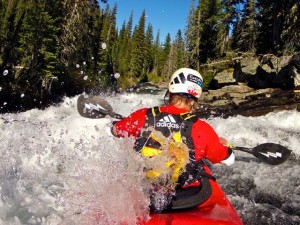 Together Em and I drove to Idaho, (another first for me) to compete at the amazing Kelly’s Whitewater Championships and the USA Nationals. We also got to paddle the North Fork of the Payette, this was another high point of paddling for my year. The NF has always been something I have heard about, but to experience it was amazing. It really did live up to all the hype about how great it is. 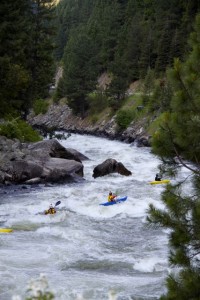 We then drove back across country, stopping in Washington DC for a couple days to visit some of Emily’s friends and compete at the Great Falls Race.

It was weird for me to then head back to TN instead of to the Ottawa for the summer. I had to wait for my Green Card, which never actually came (or at least not yet). So instead of the Ottawa Emily and I went home and paddled around the South East, which luckily had some water.

Outdoor Retailer was a quick trip to Salt Lake City for the OR show and some great sushi. I was fired up to meet up with Rafa and have a couple beers while he was there.

Next up was the World Cup, three events in the South East, which is practically my back yard. It wasn’t my best paddling, and overall I ended up 5th. This was one of my worst finishes of the year, but it has given me plenty of motivation to get better for next year’s World Championships. 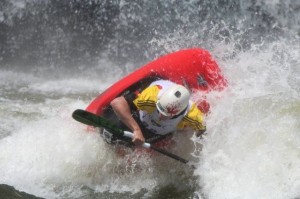 The summer ended and fall just got busier. I went straight to the Gauley festival, which I only got to paddle for 2 days before I was off to Germany for the Kanumeese. Germany was followed by Spain and then Austria for the Sickline race. I again didn’t compete as well as I wanted, but I was excited to witness Sam with his threepeat. It was a great surprise to have Emily and Matty come and surprise me in Europe. We finished off Europe with the final day at OctoberFest and an epic adventure that was. 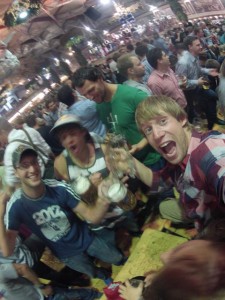 After Europe we came home and went to Florida for a photo-shoot for Emily, EJ and Dane. Though to my surprise we stopped in to Disney World again for my and Courtney’s birthdays. This was the first time ever I went to Disney World twice in a year, CRAZY!

We finished up the fall season with the Jackson Kayak dealer summit and some more parties (like my liver needed it).

November and December were a little more quite, getting to settle back down in Rock Island before heading back to Canada for a quick Holidays visit to my parents. Em and I got one day of kayaking while in Beachburg, though we had to break ice for 200 feet to get into the river. 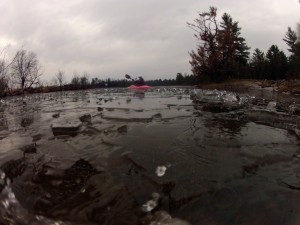 Christmas is now over and we are about to celebrate New Years tomorrow. Well looking back I have a lot to celebrate. Here’s hoping for another great year for 2013.