Remembering Jeff West… A Tribute to ‘Superman’ of the River 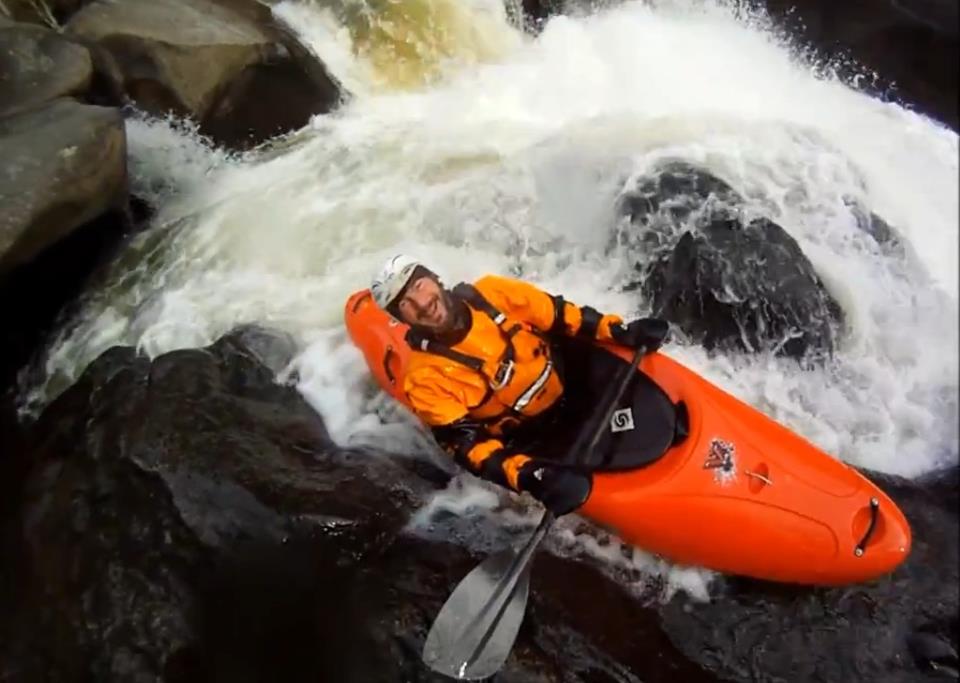 Someone once said that “Heroes are made by the paths they choose, not the powers they are graced with.” *

This makes perfect sense in regards to the Southeast’s legendary paddling figure; Jeff West. His handsome face with a defined jaw, and tall muscular frame afforded him the ‘Superman’ comparison when he emerged on the whitewater paddling scene back in the 1990’s. In a very short time, Jeff cultivated his skill set and fired up some of the biggest drops that were considered runnable. He became what was known at that time as a “hair boater.” In those days, it was rare to progress so quickly. As courageous and daring as he was, Jeff was always drawn to help anyone else who needed a boost of confidence. He was generous and altruistic as a person, and this was evident in every aspect of his life, including his paddling. It likely resulted from his close relationship with his mom. She raised him, and taught him a few things… including how to sew, and he was wonderful at sewing his own life jackets and gear, which he could be seen wearing until recent years. 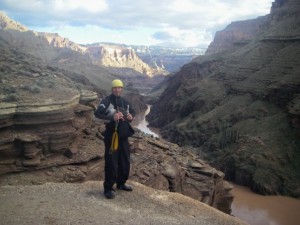 Although he was indeed graced with looking like Superman, he later lived up to the nickname for completely different reasons. Some regarded him as great for the difficult whitewater he paddled with great precision, and the number of laps he would run (he held more records for vertical miles and long days on the water than any paddler we know of). Jeff’s accomplishments on Class V are astonishing by all accounts, but those who were mentored by him, such as myself, see him as Superman for even greater endeavors that were extremely unselfish. As the years went by, he began to accommodate and encourage a multitude of people (of all levels) in the sport of whitewater paddling.. and his true super-power was revealed! 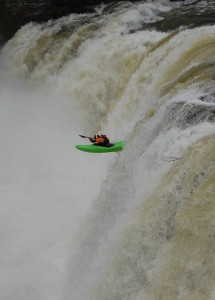 Back in 1996, ACE Funyaks was started (on credit cards!) as a partnership between he and Adam Elrod, another brilliant paddler living in the area. (Adam was on track to law school and his career eventually won over to his river life.) ACE continued to grow while Jeff waited tables every winter to keep it alive. He lived with no heat, and drove old cars that barely made the journey to and from the river. He lived simply, made sacrifices, and always prioritized his business first. Eventually ACE became solely his, and after operating in 2 rental locations, he bought his own property. It was a proud moment in time. 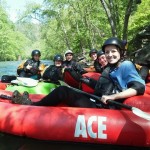 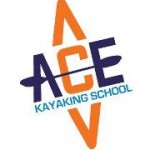 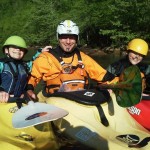 Jeff’s path had been chosen and was now being cleared for travel. ACE had always facilitated fun on the Ocoee River for all who can learn some basic commands, take paddle strokes, and follow Jeff or one of his trip leaders. But as the years went on, clients became addicted. More and more people came… many came back for another trip, or for a new experience; learning to kayak. And when people recognized how gifted his teaching skills were, witnessed how he could explain the mysteries of the river, and saw him push his students to climb the plateaus of learning, the word began to spread. The “ACE Coach” was in very high demand!

At some point, Jeff became aware his health was in jeopardy, but he kept living life to the fullest. He did plan to have surgery and treatment, but since pushing his limits completed who he was, he refused to back off. He truly cherished the time he spent going “full steam” ahead. Still, he had plans in place to take care of himself, as soon as he met a few more goals. His last and final destination was an encore trip to the Grand Canyon of the Stikine, one of the most notorious, remote and difficult stretches of whitewater in the world. Jeff was well prepared and knew the river, but something went terribly wrong… 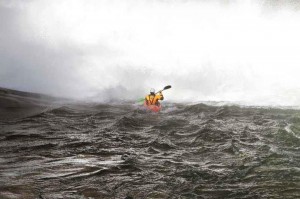 Sadly, when Jeff departed this world, he left unfinished work. To be clear, I am not referring to the expedition that took his life. Someone may solo the Stikine in a single day and survive to tell the tale, but that will be far from filling the shoes that Jeff West left in Ocoee, Tennessee. The time he spent reassuring and energizing aspiring paddlers to make their next step is unmatched by anyone the whitewater community has seen. His passion for his own incredible challenges was only rivaled by his desire to spread and share that same powerful feeling of accomplishment with others. 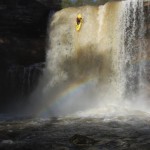 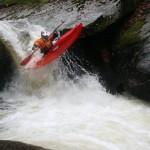 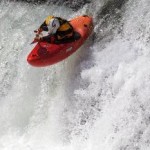 When someone needed help on the river, like Superman, Jeff always seemed to show up. If someone wanted help learning to kayak, Jeff would mentor anyone who expressed desire.. and even though he depended on income from that to survive… he would often help for free. Let us never forget the tremendous life and times of Jeff West and the colossal impact he made on the sport he loved. May his example motivate all of us to find our own super-powers, and use them for good.

My unforgettable visions and memories of Jeff:

…offered to take me down the Green for my first time in 1998, but we were all broke. I cashed in a $50 savings bond so we could all drive to Asheville. We paddled the Green, got burritos, ice cream cones, and watched Godzilla at the dollar cinema! 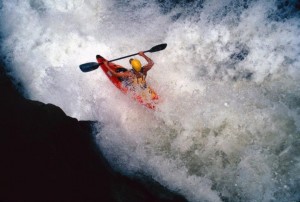 Jeff "riding the lightning" (running gorilla) as he always called it... circa 1997

…standing in the middle of the creek after unpinning himself, his face wearing that grimace he so often used to complete his boof stroke or punch a meaty hole. 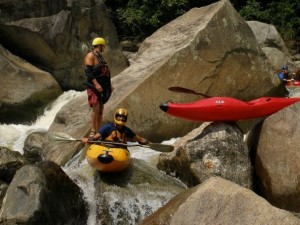 Jeff out of his boat helping with safety

…driving his old Zephyr right into the Tellico River (with the boulders!) because it had no brakes and hadn’t had any for months!

…pulling me out after a nasty swim on the Pigeon Dries at high water.

…painting his whole body green to dress up as the Incredible Hulk for a Super Hero theme party. He was thirty-something!

…putting on wet frozen gear with bloody knuckles at the put in and saying, “GRRR” as he did it. 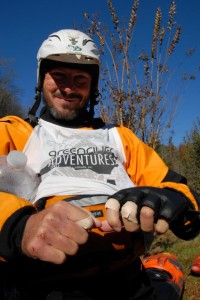 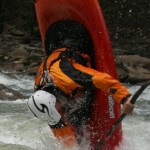 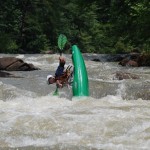 …knocking on the truck window in Colorado before daylight and WAY below freezing to start laps for a vertical mile.

…mad, apologizing, and looking at the clock between laps when he got pinned during TVF (ha- we won’t discuss what he did when other team members didn’t perform perfectly!) 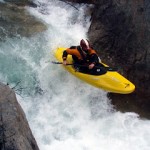 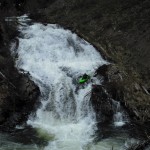 …nervous, and standing at the top of Singing Sister Falls on Lookout Mountain. He walked away and never ran it. He did, however, run this Falls on Warren Creek the same month: 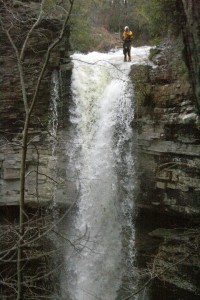 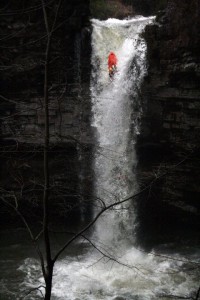 …calling us at 4am to rally for a vertical mile on Suck as snow was starting to fall: 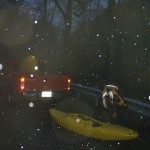 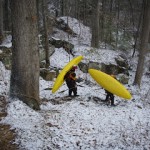 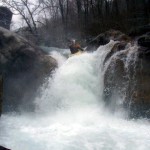 …giving me his closed-mouth smile of approval every time I did something that scared me. From my first ender in Flipper to running the Bear, Jeff always took the time to smile and help me feel proud and confident about stepping it up. He believed in me, as he did in many of you reading this. Let’s all keep his dream alive by making him proud! 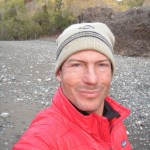 The photos below are the last taken of Jeff: 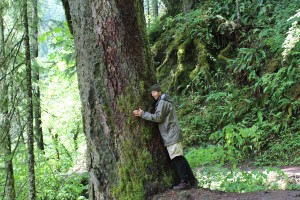 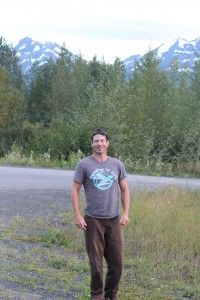 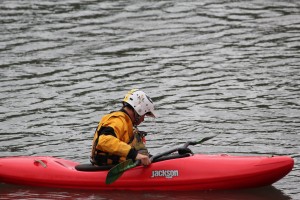 -special thanks for final photos and thoughts by Jen Maxwell

-Feel free to add your own memories below. Jeff had many treasured friends and loved ones.