Jumping Back into the Mix of Things- 8 Weeks of No Playboating Straight into 2 Big Events!

Jumping Back into the Mix of Things- 8 Weeks of No Playboating Straight into 2 Big Events! 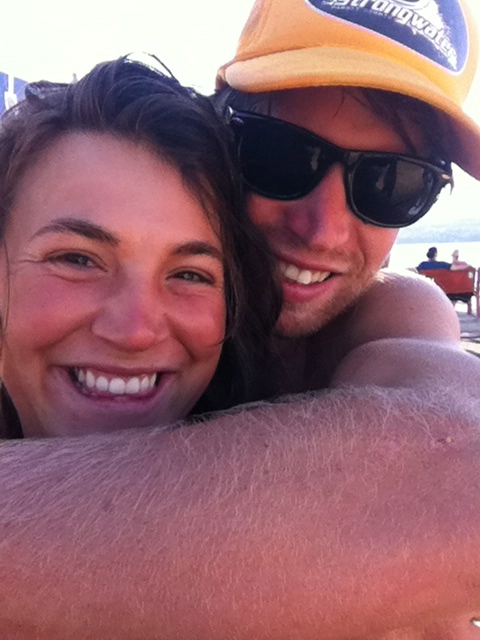 I got home from Europe and my Slalom Adventure on a Tuesday- The next day was the start of the MontanaWhitewater Championships. A Tricky feature with a ton of potential but also an easy flush.  After not being in my boat for so long I found my self carving around and having a blast, feeling completely out of control. It took the next morning session to help feel normal again…. Even then I found myself giggling at the humor behind me moving around like a new paddler.

By the time the comp came around I was being confident and aggressive enough to throw several of the moves I wanted. I also found myself being more powerful so some moves that I struggle with were coming around faster… Such as my airscrew.

I threw all four round houses, my back blunts and front blunts, loops to get myself into the first place position. I had a victory lap so I decided to go for the moves I wanted but was too nervous to flush on, I threw a helix and stuck it, and threw one of my best airscrews, just barely flushing off the back. Either way I was stoked to show up on such a short notice and perform at a level that I was happy with.

We left the next morning and headed out to Timber Creek where to boys ran laps and I went running and relaxed. Still feeling tired and jet lagged from the traveling I decided to take a couple days easy.

Nick had never been to Idaho before so I was bugging him early on in the week for us to head to Kellys Whitewater Park. Which has my favorite feature on the US Tour. The top hole is big but has such a smooth shoulder you can throw any wave move you could imagine. Both Wave and Hole Moves go incredibly well and several of Team Jackson think that the feature offers the largest loops of any feature they have ever paddled. After seeing some of the loops I have to agree!

We paddled multiple times a day, escaping the record breaking heat by diving into the water to paddle again. It was over 100 degrees every day we were there.

The competition came early as I could have sat there for another week, but sure enough it was time to compete. I was so excited because my paddling buddy and training partner Ruth Gordon showed up before the event. We helped each other, gave each other ideas and had a great time working on moves. My Dad, Dane and Nick could do all the moves they wanted practically every time and Stephen, Clay and Jason Craig were the same way. This let me know what moves were realistic for me to be throwing… and apparently the answer was all of them. 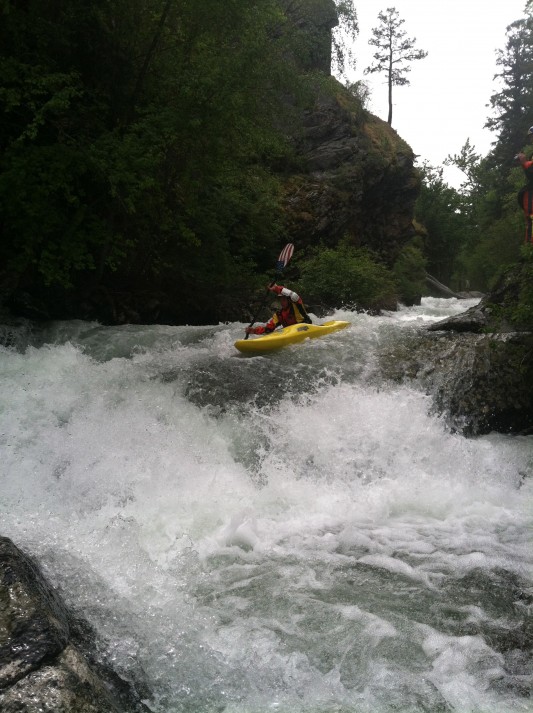 The rodeo went off without a single glitch. The only surprise and bummer was Dane’s semi final round, Dane has been paddling beyond amazing, and he had flushes on both semi final rides. This caused him to place 6th and not make the final round.

In the Cadet finals there were so many young rippers it was hard not to watch. They were so cute and tried there very best to paddle as well as they could. Many of them have skills so far ahead of what Dane or I had at the same age, it makes you wonder!

The Open classes went super well with great showing in the Women and Men’s classes. Loops got hard as the water dropped during the open classes but it also made the feature more retentive so it was  interesting to see them compete in a feature that was totally different then what they trained on!

The Junior class was great with Lauren Burress taking JR Women over Sage Donnelly and Anna Shearer. Sage was by far more consistent but couldn’t pull a higher number on Laurens last ride of over 300 points….

In Jr Men- Alec Voorhees took home the gold with a local boy in second and Evan Shearer in third. Grady Kellog and Hayeden Voorhees didn’t make the podium but both paddled better then I had ever seen them. So I was very impressed. Grady even threw his first ever airscrew when practicing one afternoon. Alec had it out to beat me and even though he was close he didn’t quite pull it off… I am sure he will soon but I will keep working hard to keep above him as long as possible!

In the Womens Class I actually missing the feature on my first ride…. I know… its sad…. I cant remember the last time I got a zero… : ) 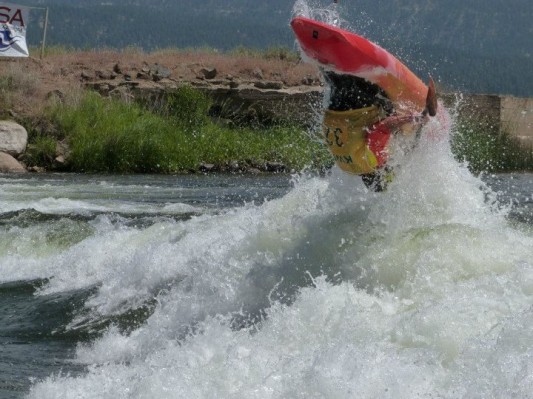 Ruth went and got a 500 which was her highest score of the event yet. It was a solid ride but she took too much time before moves to score higher. I really wanted to win this one so I made sure my second ride would take it, and in prelims 3 of 4 rides were over 600 so I knew I could do it. Sure enough I got a 630 with a Back Pan Am, Back Air Blunt, Back Air Blunt, Front Blunt, Air Loop, and some other stuff (maybe flip turn or another air blunt)

Cant remember…. But either was I was happy. The fight for third was stiff and many o the girls struggled to get the points, Devon Barker pulled it off and got ahead of Erin Clancey and Haley Mills.

I got another Victory Lap and this time I wanted to throw all the moves I never got to do in my rides as I had too many for 60 seconds haha…. I threw two clean blunts, a pan am and I believe I flushed on a helix. Either way it was fun to just got out and try to go big. 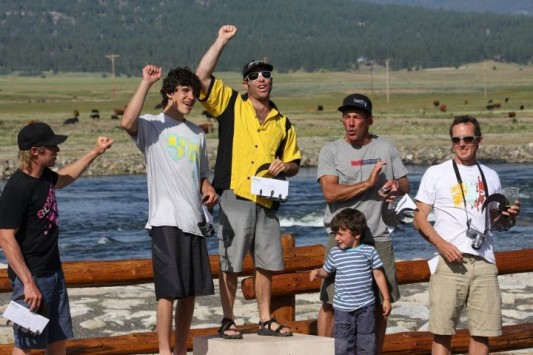 In the Mens they went big every ride, every move and every round. Stephen Wright got a record breaking 1,860 points. Followed by Jason Craig with 1,630 (just 30 points shy of Danes score in prelims) followed by Dad with a 1,480, and Nick with a 1,460, and in fifth with a ride over a thousand points also, Clay Wright. Talk about a stacked heat. And stacked scores. It was impressive to watch and made me realize how much further I have to go!

Next year I hope to beat my own personal record and continue to work on every move I am not as consistent at.

Now I can say I feel like I am BACK. I couldn’t ask for a better confidence booster to get my ready for World Cups. Either way its not about the results but what you learn along the way. And these two events I have learnt a lot about myself and paddling…. 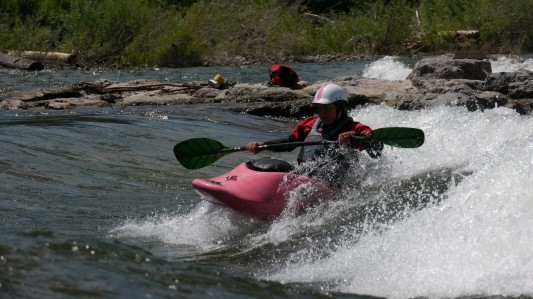 ME at Brennans Wave- MT

Hopefully I can continue to transfer all of the power I am acquiring through slalom into my moves and grow closer to the mens scores…. I know I can always get 50% of the mens if I have a good ride, but after watching their finals… I want more then 50%! I want to be in the mix with them!

Happy Paddling to All and Goodbye West Coast!