You don’t have to go far from home to find some great adventure. Last week I had the good fortune of waking up to a surprising amount of water in the North Umpqua River at Toketee Falls. I had been to Toketee a few times before, never at a runnable water level, but also never with the mindset of running something like that. I called my friend Jared Sandeen about changing our paddling plans for the day, saying that we probably wouldn’t paddle anything, but going to see Toketee with more than its normally depleted flow of 75 cfs would be worth the trip. Hot springs by the falls didn’t hurt the cause either.

We passed the diversion and crossed the river to see that it had about twice the flow than what the gauge had been reading earlier in the morning. I ran down to see the falls and immediately knew it was the perfect runnable flow. There were some shocked tourists and locals checking out the falls that day, but a couple of them were nice enough to handle my camera for me after a quick description of what buttons to press in what order.

After scouting along the gorge for a couple hours and getting Jared into the pool at the bottom, I was finally ready to go. I left my camera at the viewing point, told the assisting photographer good luck and godspeed, and ran up the hill toward my boat. After lowering my boat and myself to the river, I felt like I was really in the right place at the right time. Everything was perfect and lining up better than I could have hoped, and I was looking downstream into a mist-filled, dark gorge.
I launched out into the current and ferried above two criss-crossed old-growth logs blocking about ninety percent of the flow, then ferried back again to the river-right side to drop into the falls.

I had scouted all along the gorge rim, but it still felt surprisingly sinister inside the gorge. No sunlight and trees arcing out over the top to block most of the grey sky made me feel very small and insignificant. I pulled into the current knowing that I had to work with it and made my moves accordingly. I passed the first two drops quickly then was sitting in the cave/eddy above the final falls looking out over the horizon and up at the arcing gorge and trees. If I’ve had an epic view from the top of a rapid or falls before, this one eclipsed any I can remember. After about five minutes enjoying the eddy, I tried to pull out into the current above the falls, but got pushed back into the cave by the boils. Did I misread this move or did I just not paddle hard enough?

I tried to pull out three more times until I finally battled far enough up the boil below the first falls to let me out into the middle line of the second. I watched my strokes and angle and the world come into view in slow motion. I fell ~65 feet to a massive boil and little to no impact at the bottom. I was completely enveloped in the falls and went deep with the thick column of water, getting beat up for a few seconds as the falls cartwheeled and slammed me around. The current shot me out as quickly as I fell in, and I was out in the pool looking up at the falls, reveling in the experience. 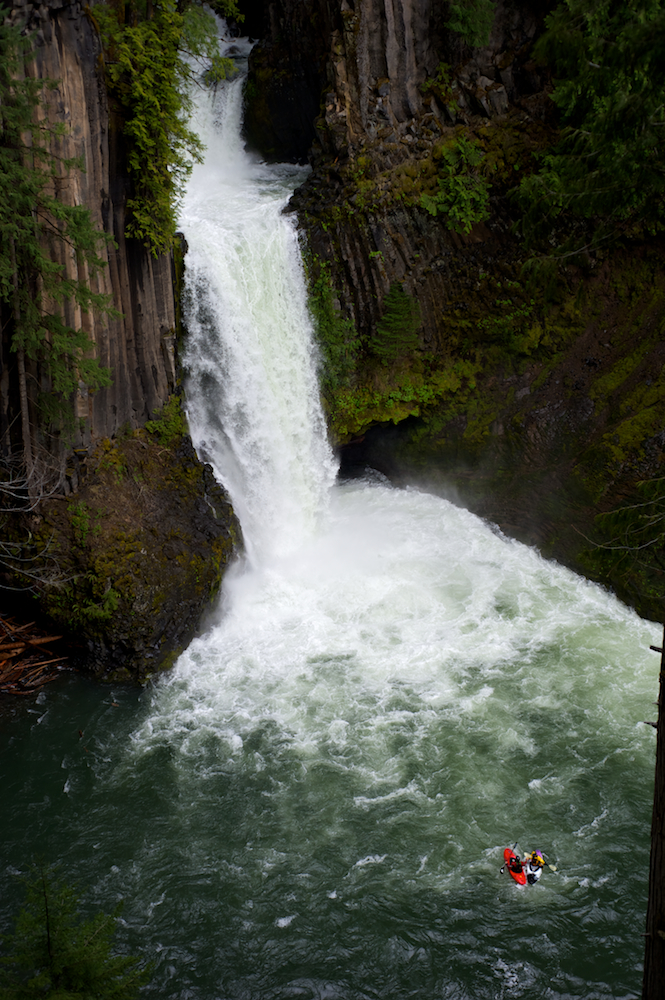 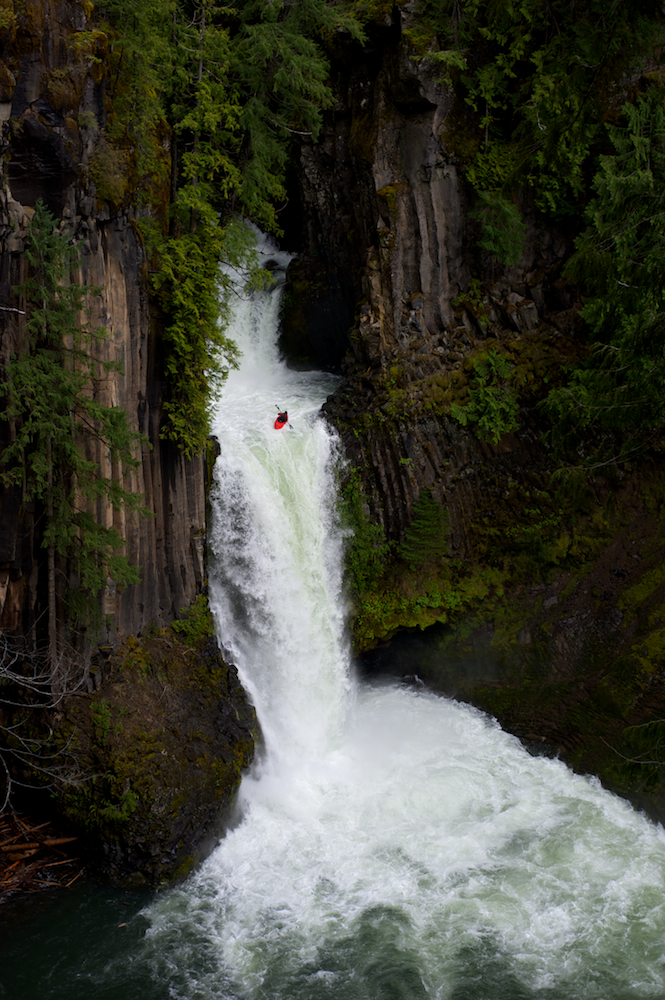 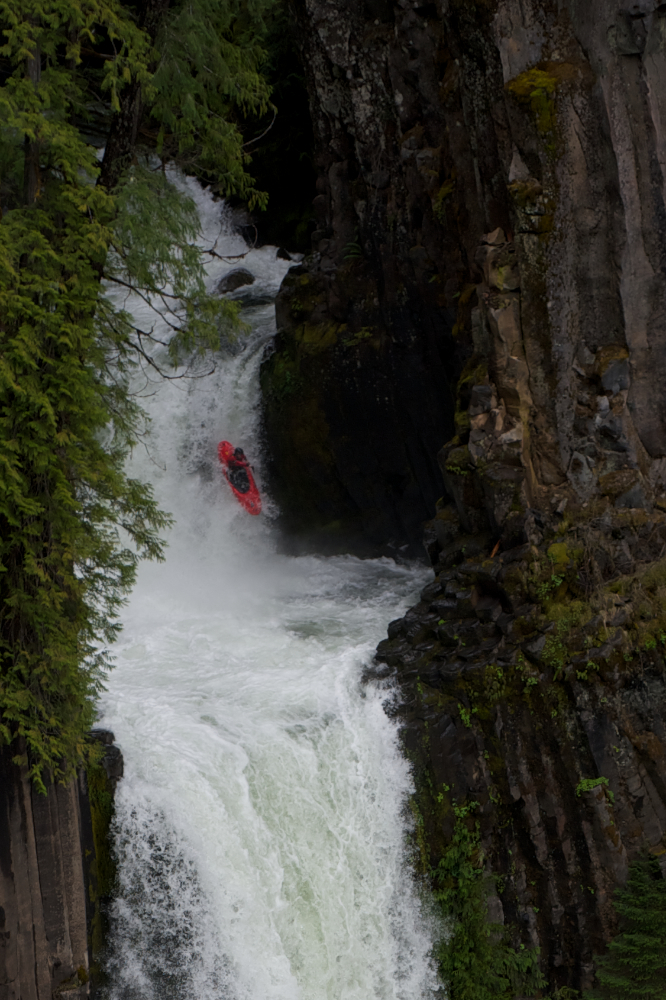 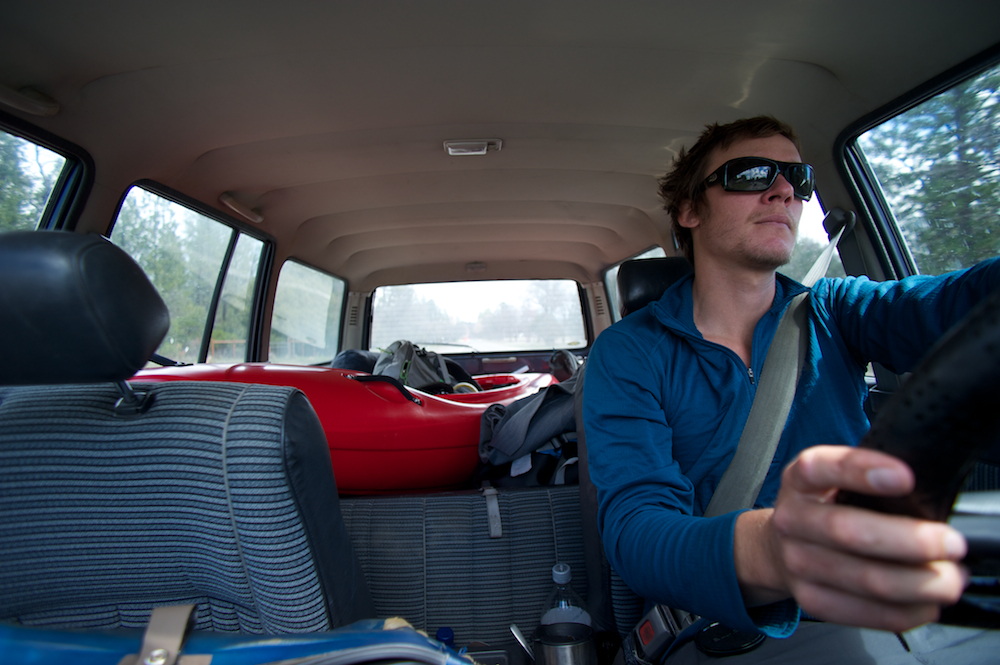 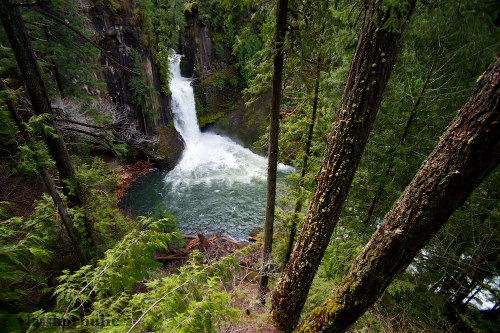