Everglades trip with the Jackson crew

Back in February I had the pleasure of joining some of the other Jackson Kayak fishing team members down in the Everglades for some fishing and fun. It was an awesome trip, plenty of fish were caught, in fact a nice variety of fish were caught. It was great to meet some of the other folks on the team and fish somewhere totally different than what I’m used to. The mangrove lined creeks and bays of the Everglades were a beautiful setting to wet a line.

It’s a long drive down to Naples from Baton Rouge so I slept in a hotel on the panhandle Thursday night to split up the drive.  A full moon lit the way Thursday night.

I left early enough on Friday to allow myself enough time to fish Friday evening just before dark.  It was a foggy drive down to Naples.

On the way I stopped at a fly shop, Mangrove Outfitters in Naples, on the way down to get some local intel and pick up a few hot flies.  The guy working the counter helped lead me in the right direction and after a short drive down the Tamiami Trail I was at the launch.  It was nice to finally be on the water and in such a beautiful place. 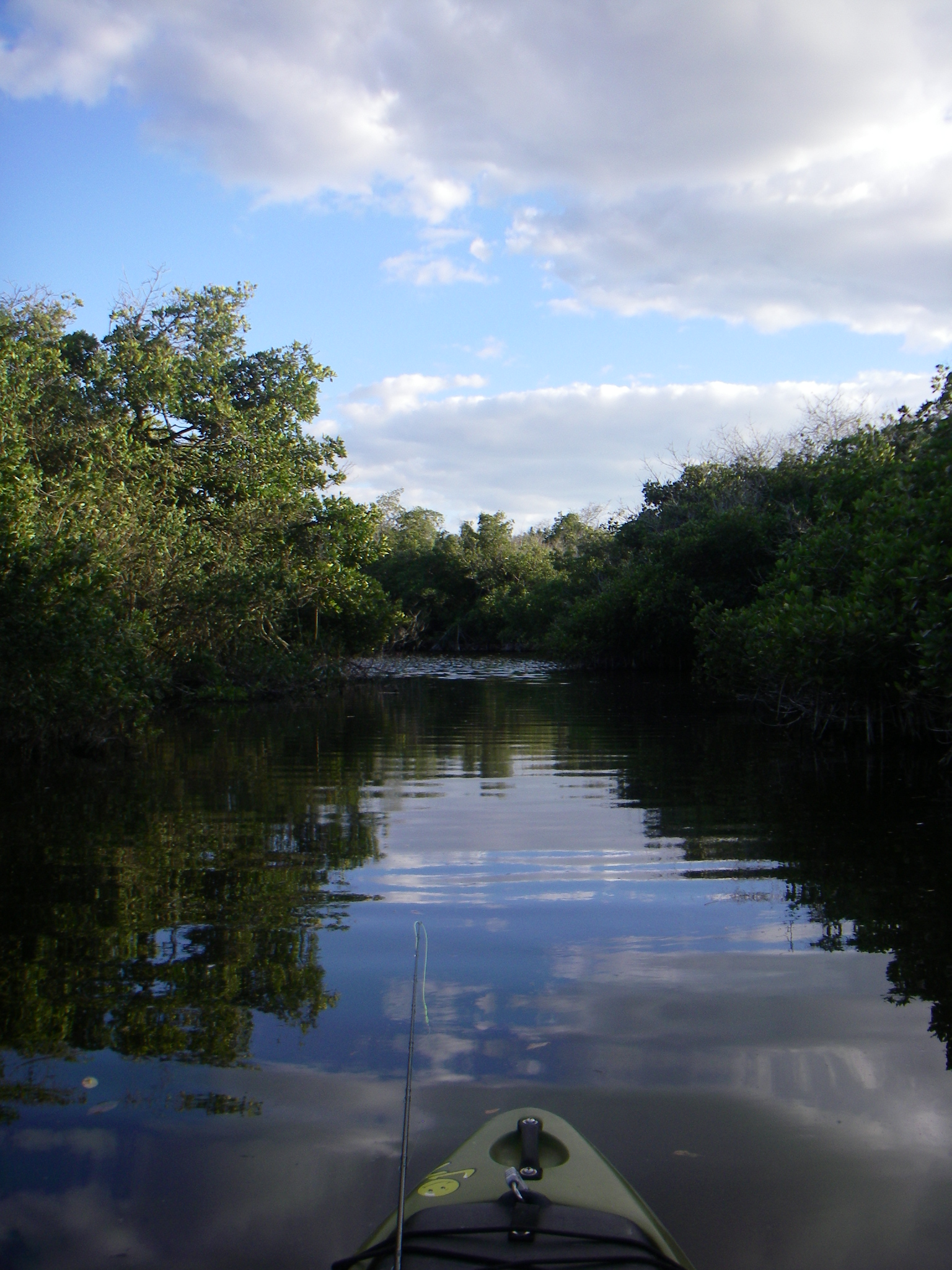 I only had about an hour of daylight to fish but it paid off, not too long into my paddle I heard some fish crashing bait up in the mangroves.  I had to make a bow and arrow cast in between the roots and under the canopy to get to the fish but as soon as it hit the water there was a flash and I was hooked up. It was a 17″ snook, my first ever! It hit a glades minnow that I picked up at Mangrove Outfitters. 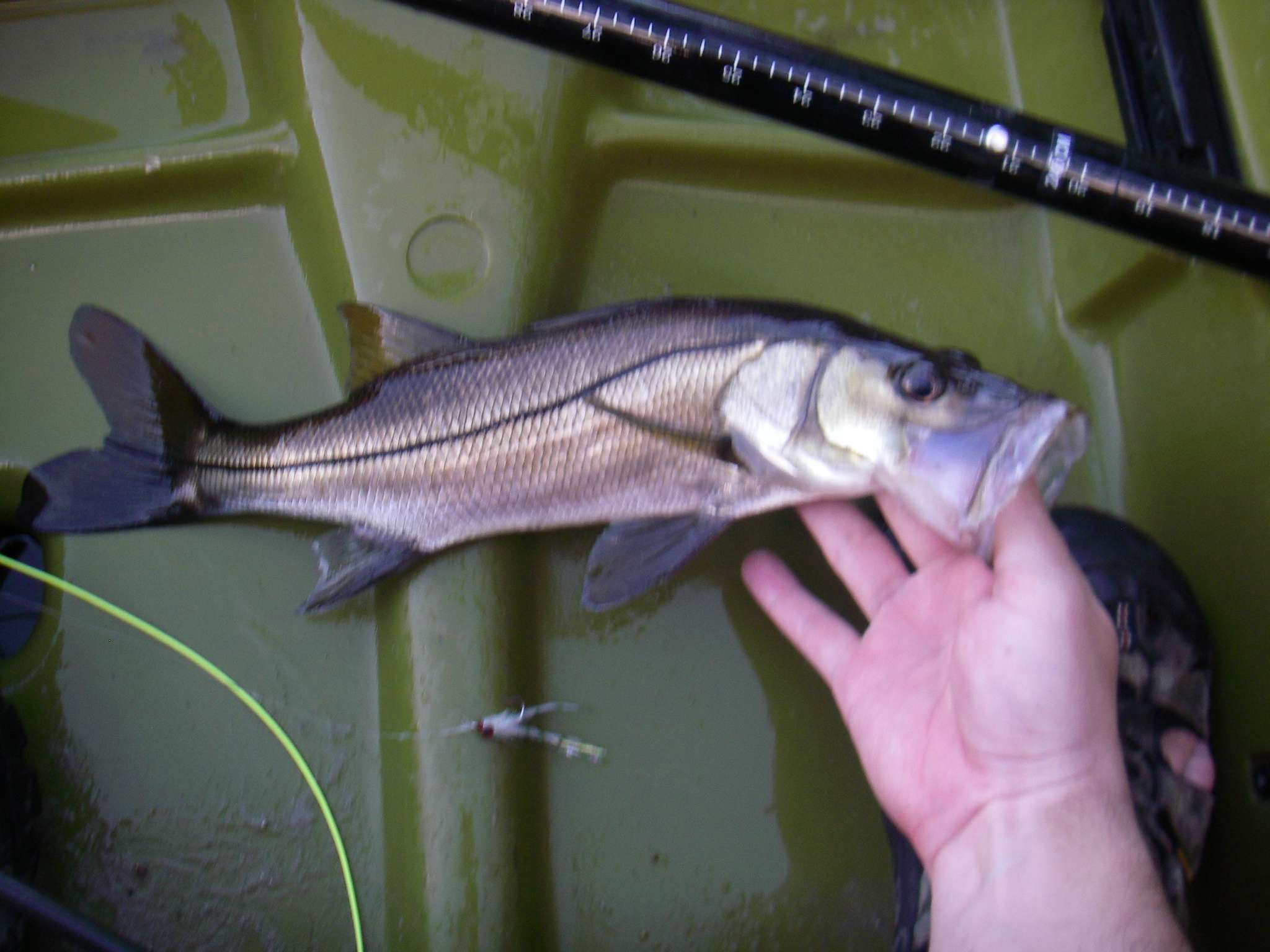 On Saturday James and I headed to Chokoloskee to fish the mangrove islands, oyster reefs, and flats in the bay.  It was tough fishing, James detailed it pretty good in his blog post.  On this day I learned that the tidal range in south Florida is substantially different than that of south Louisiana.  The water rips through the island cuts!  The highlights on the day were the Cuban sandwich at Havana Cafe and the redfish I was able to sightfish while on the flats. 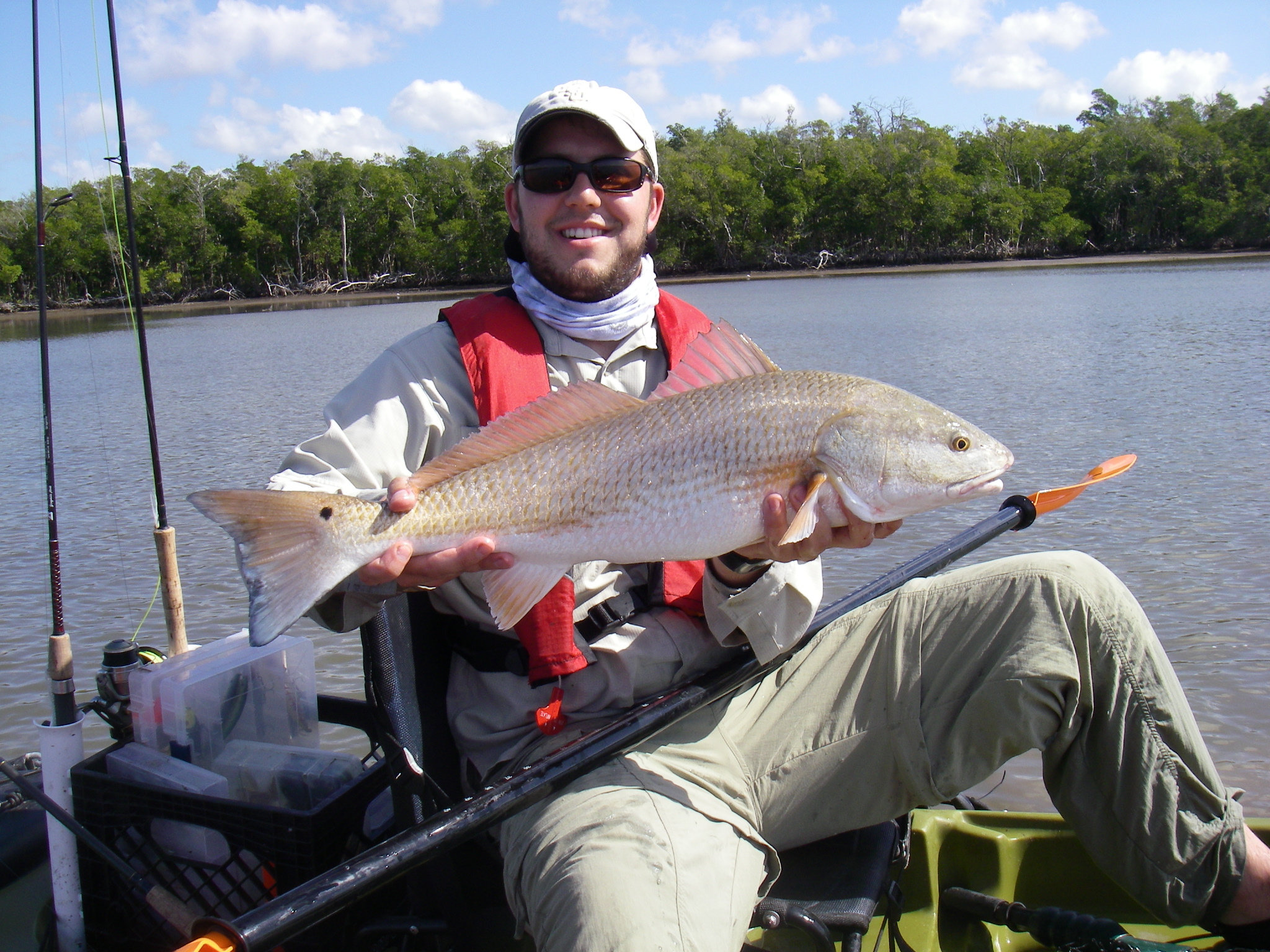 On Sunday, we all did a float from Collier Seminole State Park to Goodland via the Blackwater River.  It was a really beautiful paddle that included mangrove tunnels at times, what a cool feeling it is to paddle through those. 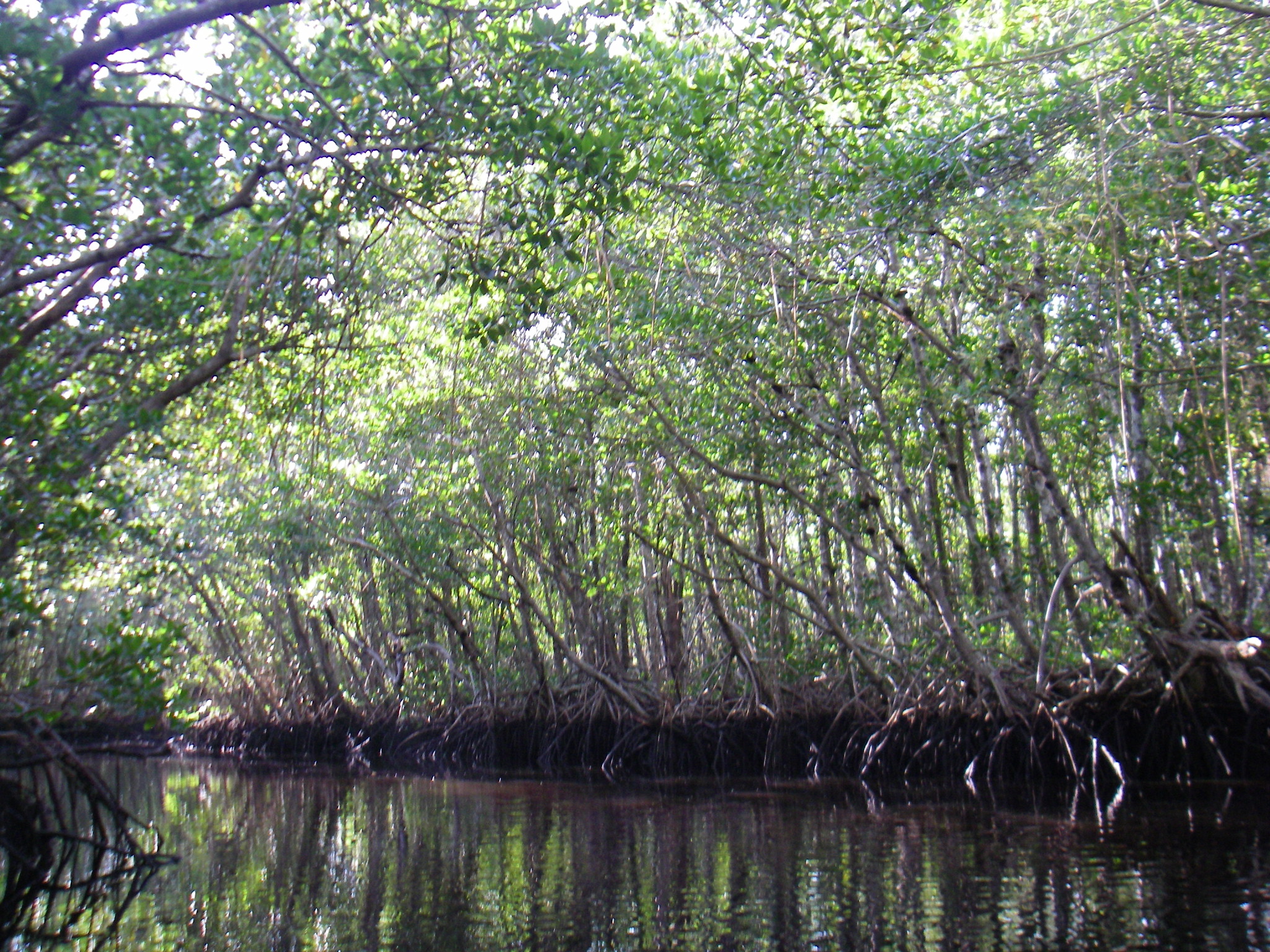 There wasn’t a whole lot of action early on, but before long we started catching fish.  We hit a spot in the river where the ladyfish and the mangrove snapper were thick! They were suspended over some oyster reefs and hit everything we were throwing.  A lot of fun on the fly, but we were looking for bigger game. 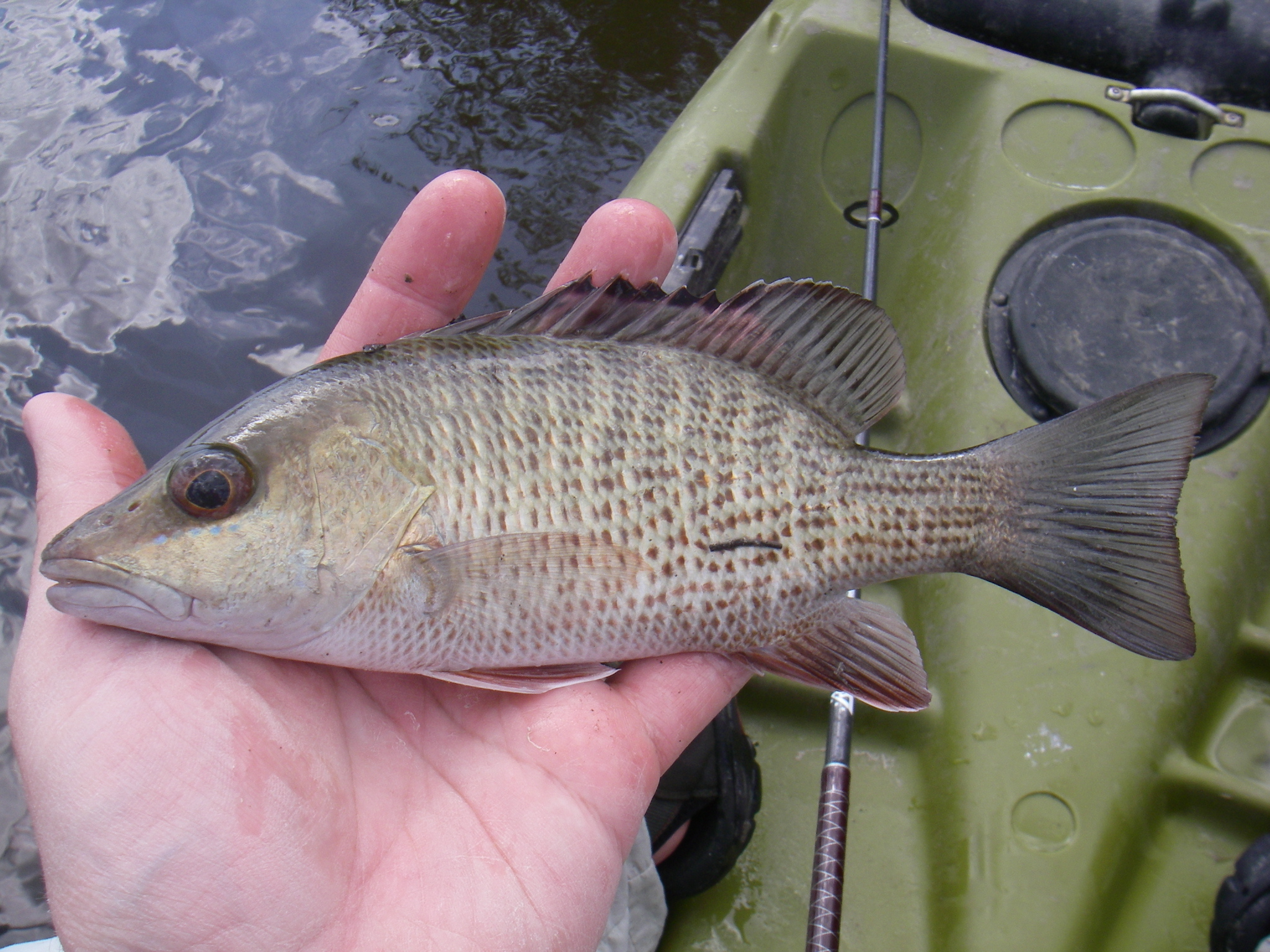 As the float wore on the group began to spread out and I found myself lagging behind.  I spent a fair amount of time catching ladyfish and snapper just for kicks and just before I was ready to paddle hard and catch up with the others I hooked into something bigger.  It was a juvenile tarpon, it threw the hook on one of it’s head shaking jumps.  A few casts later and I was hooked into another small tarpon, which also proceeded to throw the hook on a jump.  Several more casts yielded zero results so I pressed on.  I was thankful to jump a couple tarpon, but it would have been that much sweeter to land one. 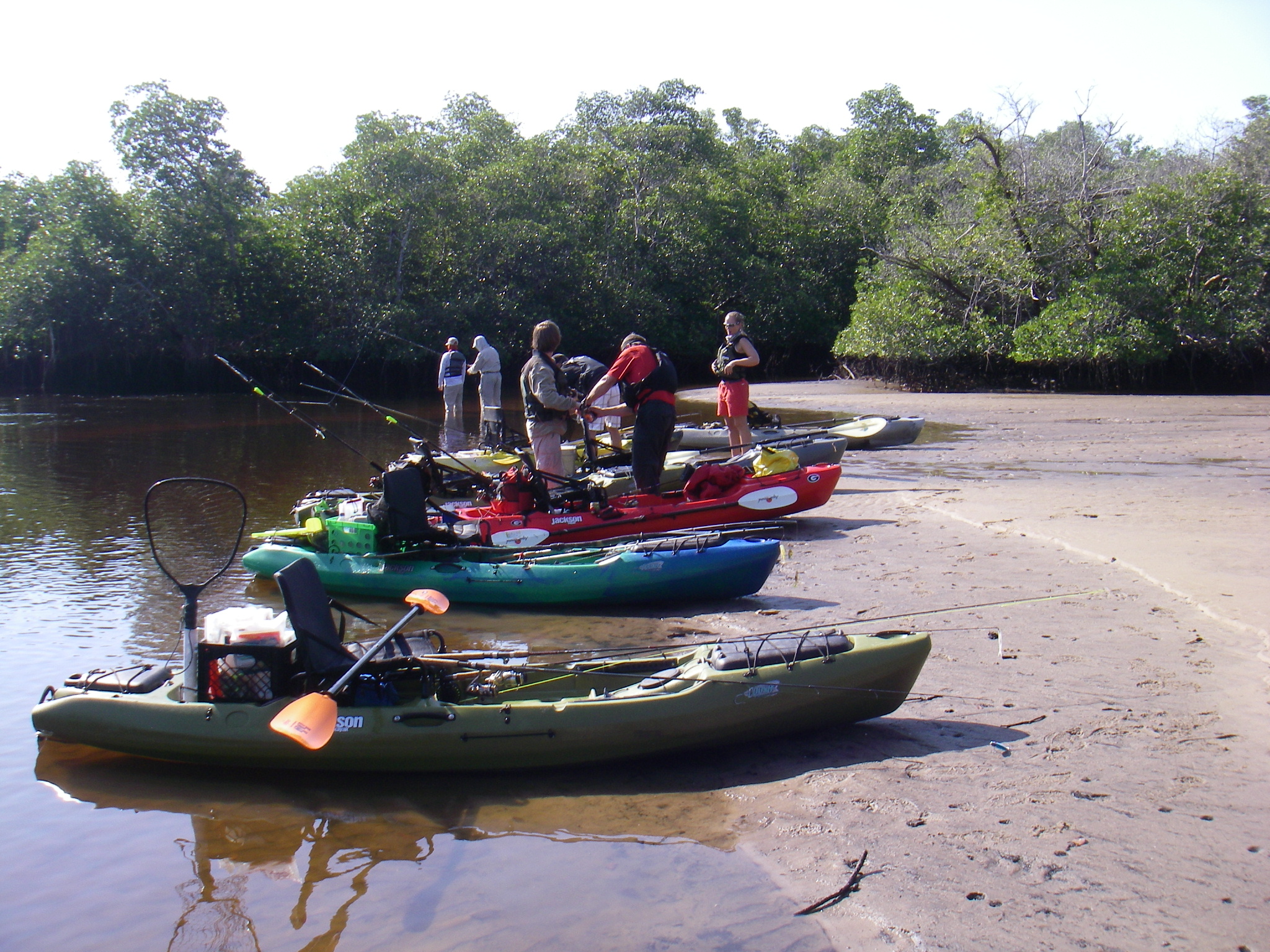 Monday was my last day of fishing the Everglades.  In the morning we launched out of Everglades City to do more backwater fishing. 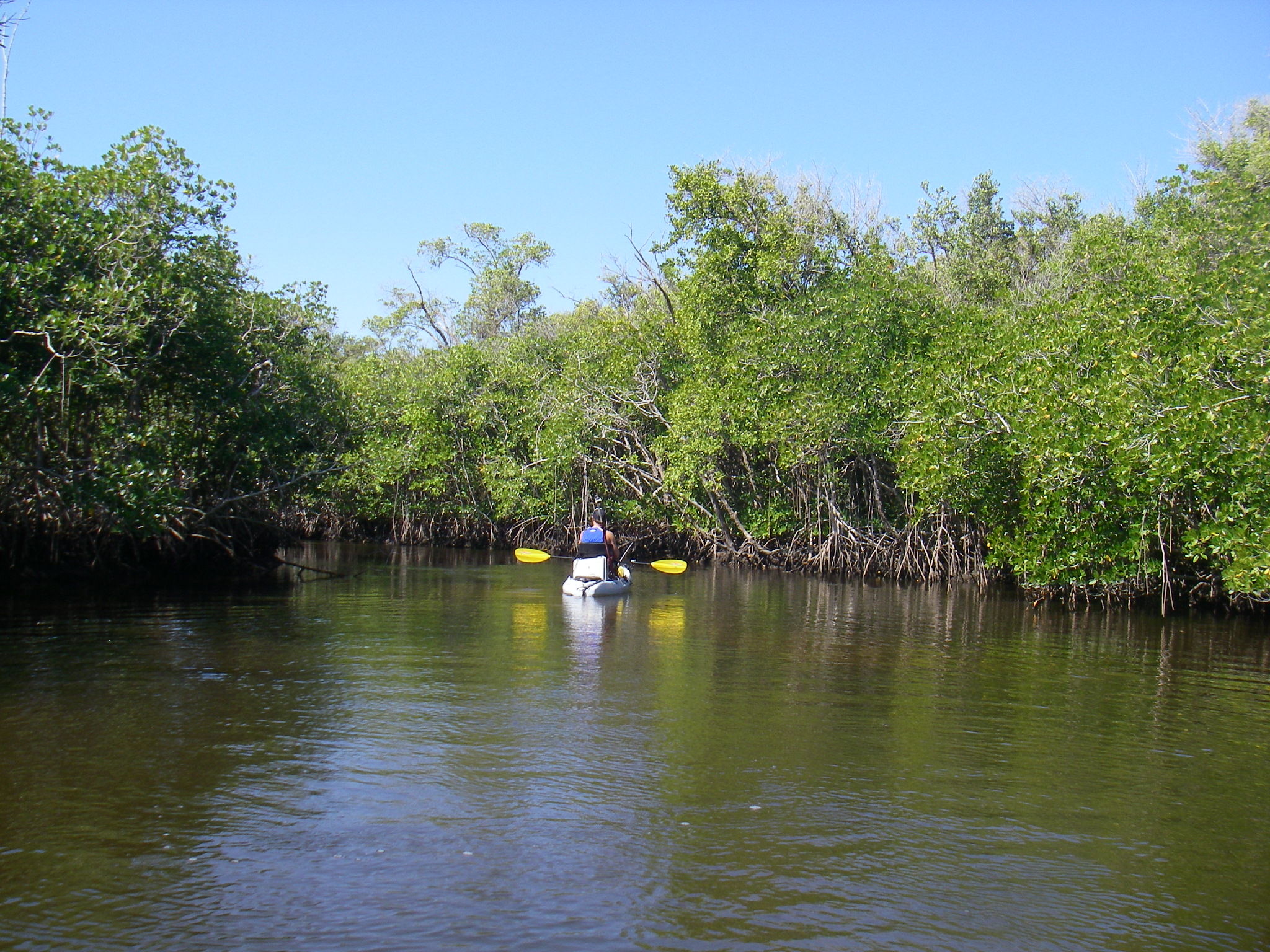 Again the ladyfish were easy to find and plentiful.  Juvenile trout and redfish were also caught by the group on this paddle and I caught another snook.  We ended up having lunch at the Havana Cafe again, which was just as delicious as the first time.  After lunch Damon and his dad followed me to the launch I hit up on Friday in search of some more snook.  I made my way back to the same spot I heard them at on Friday and what do you know, you could hear them slamming bait again! 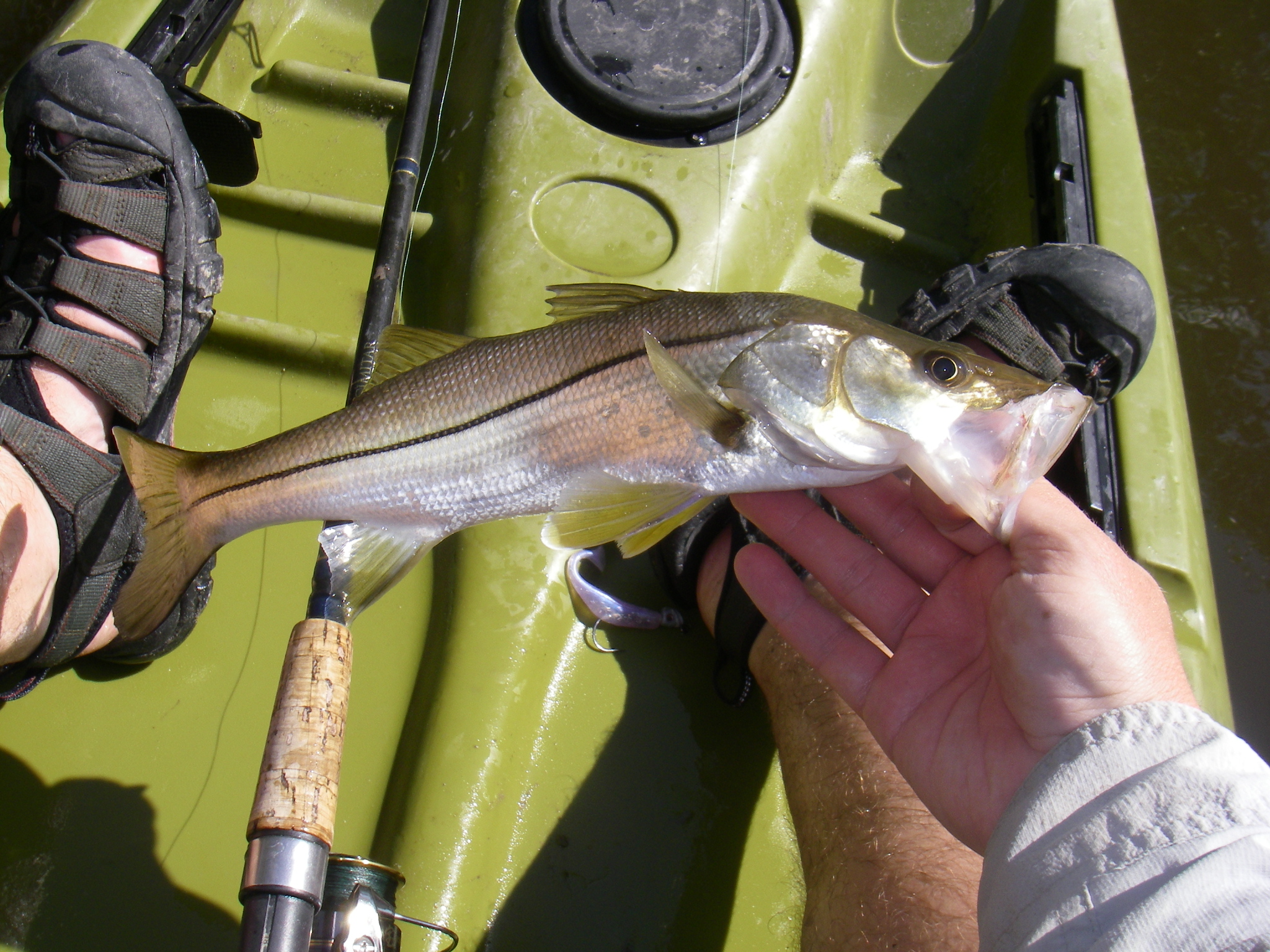 What a fun fish to catch! I think excellent bass fishermen will make excellent snook fishermen, because pulling these things out of the mangroves is like pulling bass out of structure.  They hold tight to those mangrove roots.  You can hear them feeding, but making a cast to them is a chore.  The snook were feeding pretty heavily that evening, I managed to catch a few, but they get so far into the mangroves it is tough to get a cast to them.  They fight like bulldogs when you hook them, never giving up.  I slipped away from the snook in search of other game and found a small pond full of baitfish with something slashing at them.  Turns out it was a gar, I usually don’t throw at them in Louisiana because I’m busy looking for redfish, but I gave it a shot and he took a swipe, I got a good hook set on him.

One goal for me on the trip down to the Everglades was to get into some snook and tarpon and I think I succeeded in doing that, even though I didn’t land a tarpon, jumping a couple was pretty cool.  I want to thank the Port of the Islands Resort for hosting our stay down in Naples.  Can’t say enough about their hospitality.  The dinner we had at Zizi, the restaurant at the Bella Sera Resort in Naples, a sister resort to Port of the Islands, was amazing.  Hopefully I can make it back down that way soon, the diversity of species and the quality of the fishery that the Everglades provide, make it a destination worth the 900 mile drive for me. 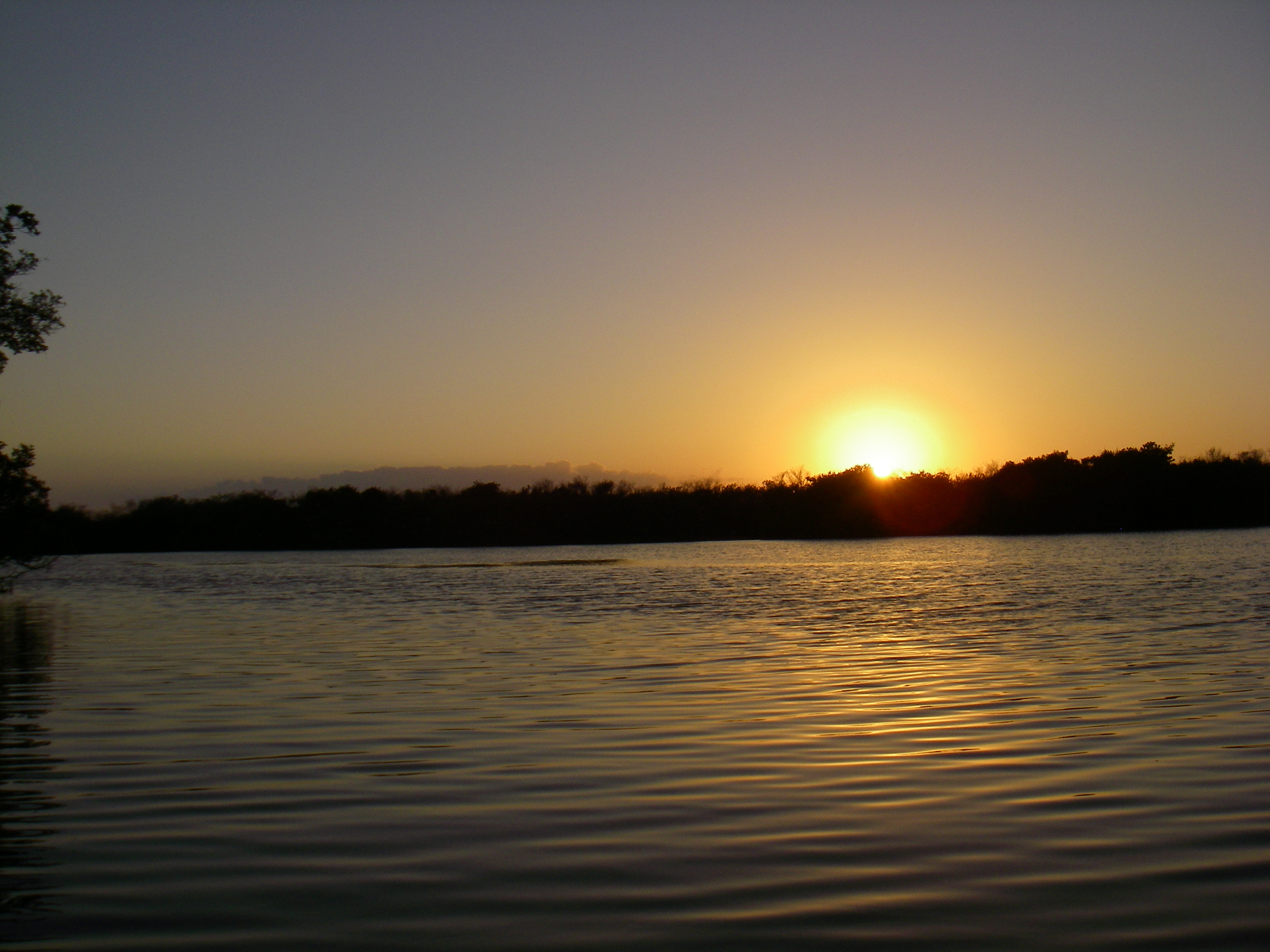 I had a lot of fun hanging out with all the other Jackson team members, maybe we can make these types of trips annual deals!